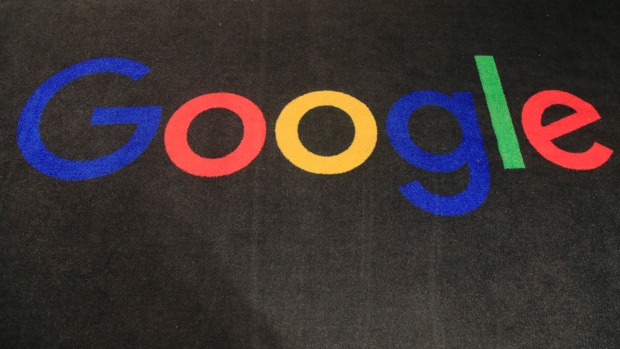 The logo of Google is displayed on a carpet at the entrance hall of Google France in Paris, on Nov. 18, 2019. (AP Photo/Michel Euler, File)

The company said Thursday that it filed the appeal against the 4.125 billion euro ($4.3 billion) penalty “because there are areas that require legal clarification from the European Court of Justice,” the EU's top court.

Google previously appealed to a lower tribunal, which had slightly lowered the original 4.34 billion-euro penalty in a decision largely siding with the European Commission. It's the largest-ever antitrust fine issued by the commission, the 27-nation bloc's top competition watchdog.

In its 2018 decision, the commission found that the dominance of Google's Android resulted in less competition and consumer choice. The U.S. tech giant had argued that free and open-source Android resulted in cheaper phones and spurred competition with its chief rival, Apple. Android is the most popular mobile operating system, beating Apple's iOS.

“Android has created more choice for everyone, not less, and supports thousands of successful businesses in Europe and around the world,” Google said Thursday.

The fine was one of three blockbuster antitrust penalties that the commission hit Google with between 2017 and 2019, highlighting the bloc's early role in cracking down on tech giants.

Google also is appealing its first EU antitrust penalty, a 2.4 billion-euro fine for unfairly favoring its Google Shopping comparison service, to the Court of Justice, which can only rule on points of law.

It's appealing the third penalty, a 1.49 billion-euro fine for abusing its dominance in online search ads, to the EU court's lower tribunal.