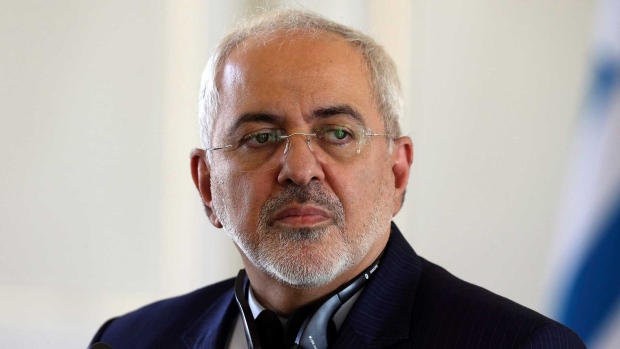 DUBAI, United Arab Emirates - Iran is not ruling out negotiations with the United States even after an American drone strike that killed a top Iranian general, the country's foreign minister said in an interview released Saturday.

Mohammed Javad Zarif told Germany's Der Spiegel magazine that he would “never rule out the possibility that people will change their approach and recognize the realities,” in an interview conducted Friday in Tehran.

There has been growing tension between Washington and Tehran since in 2018, when President Donald Trump pulled the United States out of the nuclear deal with Iran. The U.S. has since reimposed tough sanctions that have crippled Iran's economy.

But Zarif suggested Iran was still willing to talk, though reiterated his country's previous demand that first the U.S. would have to lift sanctions.

In Washington, Trump rejected Zarif's remarks in a tweet. “Iranian Foreign Minister says Iran wants to negotiate with The United States, but wants sanctions removed,” he tweeted, then added, “No Thanks!”

“Iran is increasing its stockpile of the enriched uranium with full speed,” he said. The claim has not been verified by the U.N.'s nuclear watchdog.

Following the U.S. drone strike on Jan. 3 that killed Revolutionary Guard Gen. Qassem Soleimani, Iran announced it would no longer abide by any of the deal's limitations to its enrichment activities. It then retaliated Jan. 8, launching ballistic missiles at two bases in Iraq housing American troops, causing injuries but no fatalities among soldiers there.

In November, the International Atomic Energy Agency said Iran's stockpile of low-enriched uranium had grown to 372.3 kilograms (821 pounds) as of Nov. 3. The nuclear deal limited the stockpile to 202.8 kilograms (447 pounds).

Iran has routinely vowed to begin enriching its stockpile of uranium to higher levels closer to weapons grade if world powers fail to negotiate new terms for the nuclear accord following the U.S. decision to withdraw from the agreement and restore crippling sanctions. European countries opposed the U.S. withdrawal and have repeatedly urged Iran to abide by the deal.

Under the agreement, Iran agreed to limit its enrichment of uranium under the watch of U.N. inspectors in exchange for the lifting of sanctions.

Trump has maintained that the 2015 nuclear deal needs to be renegotiated because it didn't address Iran's ballistic missile program or its involvement in regional conflicts. The other signatories to the nuclear deal - Germany, France, Britain, China and Russia - have been struggling to keep it alive.

Zarif did suggest Iran was also still prepared for conflict with the U.S., though was not specific.

“The U.S. has inflicted great harm on the Iranian people,” he said. “The day will come when they will have to compensate for that. We have a lot of patience.”