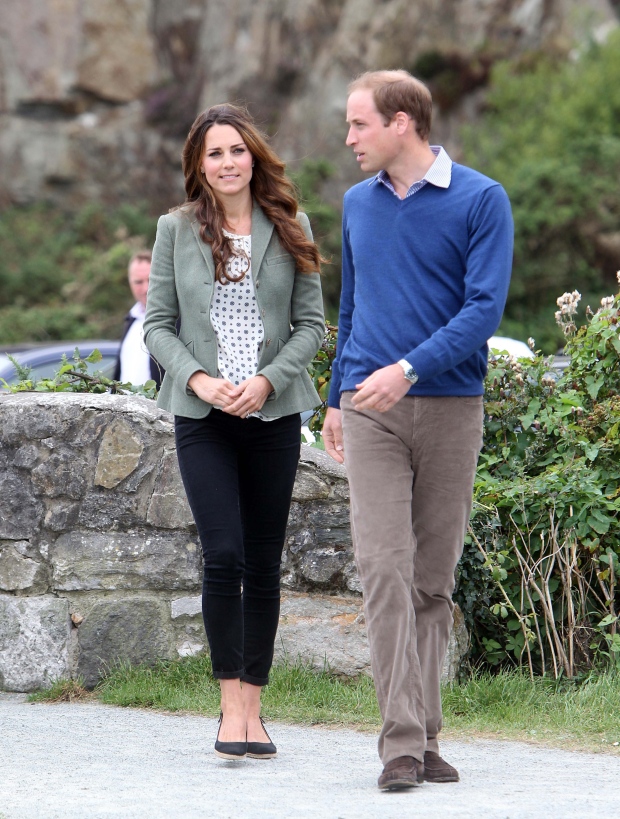 LONDON -- The Duchess of Cambridge has appeared in her first public event since giving birth to Prince George last month.

Kate joined her husband Prince William at a marathon in Anglesey, Wales, though the new parents weren't running. William was the starter for the annual three-day race, while Kate accompanied him and chatted with runners and residents.

Prince George, born July 22, wasn't with them. The couple's appearance Friday is expected to be one of their last public engagements in Anglesey, where they have been based since they got married.

William has said that he and his family will be leaving their Welsh abode when his three-year posting as a search and rescue helicopter pilot ends this month.

The family is expected to make Kensington Palace in London their main home.