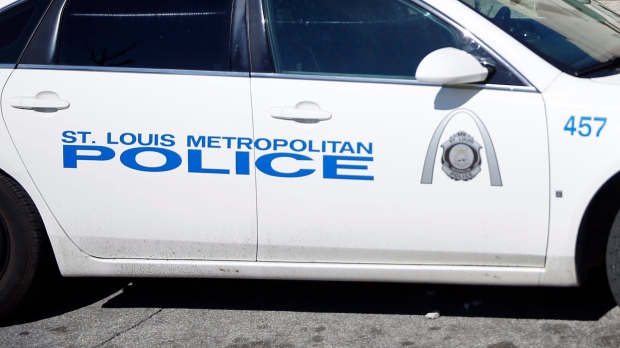 ST. LOUIS - A St. Louis police officer charged in the fatal shooting of a female colleague while playing a variation of Russian roulette had a history of forcing other girlfriends to also play the game, according to a wrongful death lawsuit filed by the dead officer's mother.

The lawsuit filed Wednesday by Katlyn Alix's mother also contends Nathaniel Hendren had a “complicated psychiatric” history and that the city should have known about it before hiring him, according to the St. Louis Post-Dispatch.

Hendren has pleaded not guilty to first-degree manslaughter and armed criminal action following the January shooting death of Alix. Prosecutors allege Alix and Hendren were drinking and taking turns pointing a gun loaded with one bullet at each other and pulling the trigger.

Hendren and his partner, Patrick Riordan, were on-duty but at one of their apartments in the early hours of Jan. 24. Alix, who was off-duty, was also there. Riordan has not been charged with a crime.

An internal police misconduct report provided to The Associated Press by police accuses Hendren and Riordan of drinking on duty at the time of Alix's death, in violation of department policy.

The civil lawsuit was filed by Alix's mother, Aimee L. Wahlers, in St. Louis Circuit Court against Hendren, Riordan, Gary Foster and the city of St. Louis. Foster was the officers' sergeant.

Wahlers' lawsuit alleges that neighbours heard a “screaming fight” before the shooting. It also claims Hendren forced other girlfriends to play Russian roulette and engage in sexual activity that involved firearms. It contends that Hendren had a psychiatric history before he was hired that included anxiety, depression, post-traumatic stress disorder and “suicidal ideations and gestures.”

Talmage Newton IV, the lawyer representing Hendren in the criminal case, has called Alix's death a “tragic accident.” Newton told the Post-Dispatch that a cursory review of the civil lawsuit found inaccuracies and misstatements, but he did not elaborate. He said he had no information about the allegation that Hendren forced previous girlfriends to play Russian roulette.

Newton did not immediately return a phone message from the AP seeking comment.

Alix met Hendren and Riordan at Hendren's home while the two men were supposed to be working and drank alcohol and other “unknown substances, according to the lawsuit. It alleges that after the screaming heard by neighbours, Hendren put a single bullet into the gun and pointed it at Alix before firing it.

The lawsuit's account of the shooting differs from the probable cause statement filed in the criminal case in which authorities contend Hendren and Alix had taken turns pointing the gun and pulling the trigger.