Liz Weston: Will adding an accessory dwelling unit pay off? 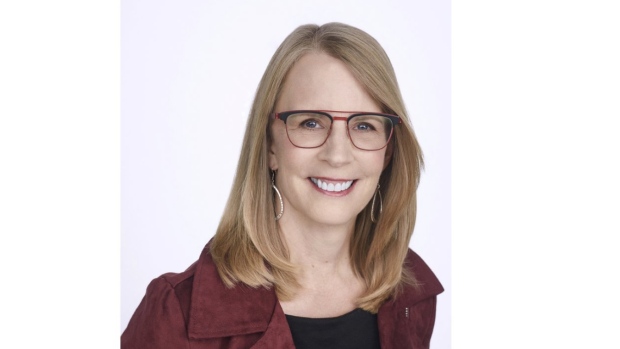 FILE - This undated file photo provided by NerdWallet shows Liz Weston, a columnist for personal finance website NerdWallet.com. Accessory dwelling units, or ADUs, are separate living spaces added to an existing home — typically on a single-family residential lot. That addition could include a converted basement or backyard cottage. ADUs can house older family members, provide lodging for young adult family members or serve as a source of rental income. Despite their utility, ADUs aren’t allowed in many areas. Even where ADUs are legal, construction costs and higher property taxes can make them a costly investment. Before you build an ADU, weigh the pros and cons and look around your city to see what your neighbors are doing. (NerdWallet via AP, File)

Accessory dwelling units are known by many names: in-law suites, guest houses, backyard cottages, or basement or garage conversions, among others. What all ADUs have in common is that they’re a separate living space typically added to a single-family residential lot, and they’re having a moment.

Constructing an ADU could increase your property value while providing rental income or extra living space for a family member. Then again, adding an ADU could be an expensive hassle you live to regret.

If you’re thinking about an ADU, here’s what to consider before you commit.

WHY ADUS ARE INCREASINGLY POPULAR

In recent years, several cities and some states — including California, Oregon and New Hampshire — have passed laws making it easier for homeowners to create ADUs, in part to address housing shortages and rising costs that have led to an affordability crisis in many communities. ADUs are seen as a relatively inexpensive way to increase the supply of more affordable housing without drastically changing the character of residential neighborhoods.

Demand is also being fueled by the aging of the U.S. population, says Rodney Harrell, vice president of family, home and community for AARP, which publishes a guide called “The ABCs of ADUs.” People are considering adding space for older family members or caretakers. The pandemic may have accelerated that trend, as people looked for alternatives to the nursing homes where at least 175,000 Americans died from COVID-19, Harrell says. ADUs also can provide independent living spaces for families’ young adult members, who might not be able to afford their own apartments.

“It’s a housing solution that doesn’t solve every problem, but it helps address several problems at one time,” Harrell says.

Converting existing space, such as a garage, attic or basement, into an ADU can cost about $50,000, while a new detached ADU often exceeds $150,000, Harrell says. And depending on where you live, getting permits to create your ADU can be a relative breeze, an extended fight or flat-out impossible.

In California, homeowners have a legal right to build ADUs, and local governments aren’t supposed to create barriers to getting permits. Some cities have streamlined the permitting process, and a few, including Los Angeles and San Jose , have preapproved building plans that can further reduce delays.

Some California cities are fighting the trend, however, by delaying or denying permits. Most U.S. cities either do not allow ADUs or have strict regulations that inhibit their development, says Kol Peterson, an ADU consultant and the author of “Backdoor Revolution: The Definitive Guide to ADU Development.” Even where ADUs are legal, cities may require zoning exceptions called variances, demand expensive upgrades or impose fees that can add substantially to the cost, Peterson says.

Tempted to skip the permits? That’s probably not smart. Unpermitted construction could make your home tough to sell or refinance and leave you vulnerable to enforcement actions from your area’s zoning department, says real estate appraiser Jody Bishop , president of the Appraisal Institute, a trade group. All it takes is one disgruntled neighbor to turn you in.

If you’re building an ADU primarily for the extra income, recognize that any rent you charge could be at least partially offset by increased costs, such as higher property taxes , larger homeowners insurance premiums and payments on loans used to construct the unit, among other expenses.

As with any home improvement project, there’s no guarantee you’ll get your money back from an ADU when you’re ready to sell the home, Bishop says.

ADUs have a lot in common with swimming pools, he adds. In-ground pools are an accepted and even expected feature in some neighborhoods, so you may recoup at least some of the cost of building one when you sell your home. In other areas, pools are uncommon and could detract from a home’s value if buyers are concerned about maintenance hassles or drowning risks, Bishop says.

Similarly, ADUs may not add much value in areas where they’re unusual, he points out. Some people may prize the ability to rent out the ADU for extra income, while others won’t want to be landlords. And converting an existing attic, basement or garage might deter buyers who would rather have those spaces untouched.

Perhaps the best indication an ADU will add value is if your neighbors are building them, Bishop says. And if that’s the case, a properly permitted and thoughtfully designed ADU could be worth the investment.

“If it’s well done, it’s well thought out and functional, then you probably got something that the market would embrace and not mind paying for,” Bishop says.

This column was provided to The Associated Press by the personal finance website NerdWallet. Liz Weston is a columnist at NerdWallet, a certified financial planner and author of “Your Credit Score.”