Nearly 3,300 migrants raped, assaulted or kidnapped while stranded on U.S.-Mexico border since January 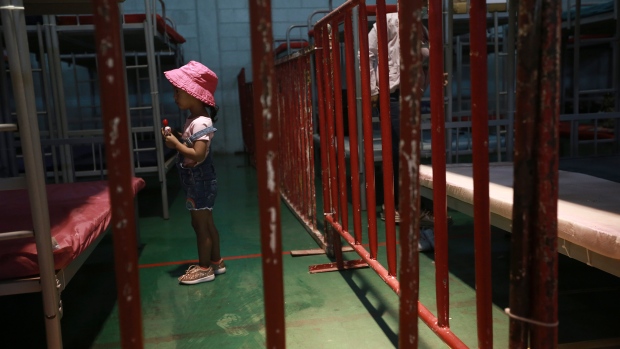 A girl talks to a family at the Kiki Romero Sports Complex migrant shelter after she was deported from the U.S., in Ciudad Juarez, Mexico, Wednesday, April 21, 2021. Mexico said it is planning to set up 17 shelters for underage migrants along the country's southern border, as well as some along the northern border with the United States, amid a wave of child migrants coming from Central America. (AP Photo/Christian Chavez)

WASHINGTON, June 22 (Reuters) -- Nearly 3,300 migrants stranded in Mexico since January due to a U.S. border policy have been kidnapped, raped, trafficked or assaulted, according to a report by a human rights group released on Tuesday.

The report, by New York-based Human Rights First, documents cases of migrants and asylum seekers stuck in Mexico since U.S. President Joe Biden took office on Jan. 20. The number of cases has jumped in recent weeks from roughly 500 such incidents logged in April to 3,300 by mid-June.

Biden, a Democrat, has moved to reverse many of the restrictive immigration policies of his Republican predecessor, former President Donald Trump. However, the Biden administration has left in place a border expulsion policy known as Title 42. During Biden's five-month tenure, more than 400,000 migrants detained at or near the border have been expelled, including many Central American families and asylum seekers sent back to Mexico.

Publicly, the Biden administration insists the order remains necessary to limit the spread of the coronavirus, although it has not provided scientific data to support that rationale and many public health experts have opposed it.

Human Rights First compiled the incidents from media reports, interviews with migrants seeking U.S. asylum and information from attorneys and human rights groups. Reuters was not able to independently verify the accounts.

The White House and Department of Homeland Security did not immediately respond to requests for comment.

More than 2,700 of the nearly 3,300 incidents were logged through an ongoing survey conducted by the Al Otro Lado, a San Diego-based legal service provider, and reviewed by Human Rights First, the group said.

The group did not provide a detailed breakdown of the alleged crimes. Drug cartels, street gangs and human trafficking networks are often active in some areas of northern Mexico near the U.S. border

Some of the alleged victims were expelled under the Title 42 order while others have been blocked by the policy and therefore stranded in Mexico, a Human Rights First spokesperson said.