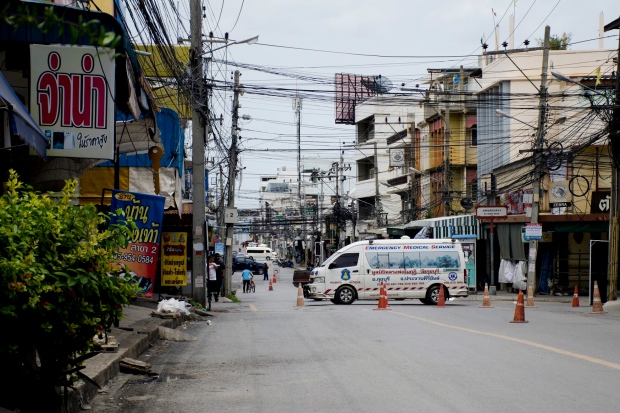 BANGKOK - Police in Thailand said Saturday that they were hoping to identify suspects over the next couple of days in a series of bombing and arson attacks that struck several tourist towns, killing four people and wounding dozens, including 11 foreigners.

The attacks, which hit Thursday and Friday, came days after a referendum was held in which Thais approved a new constitution that critics say will bolster the power of the military, which has ruled the country since a May 2014 coup, for years to come. Thai authorities have suggested there were political motives behind the violence, but named no specific suspects. No one has claimed responsibility for any of the 11 bombings.

“We hope we may have some suspects today or tomorrow,” Police Gen. Pongsapat Pongcharoen, a deputy national police chief, told reporters Saturday. He did not elaborate, but said that police were gathering evidence and that international militant groups were not believed to be behind the attacks.

The violence appeared aimed at dealing a blow to Thailand's tourism industry, which brings in crucial income to the government.

One small bomb exploded on a beach in the popular Patong area of Phuket island, and four others rattled the seaside resort city of Hua Hin, prompting businesses to shut their doors, streets to empty and anxious tourists to huddle inside their hotels. The wounded foreigners included nationals of Austria, Germany, Italy and the Netherlands. The four who were killed were Thais.

The fatalities came from bombs in Hua Hin, 200 kilometres (120 miles) south of Bangkok, and the cities of Surat Thani and Trang, farther south. All of the affected destinations - which also included Phang Nga and Krabi, as well as Phuket - are popular with foreign and Thai tourists.

Pongsapat said the perpetrators are believed to belong to the same networks and were still inside the country.

Voice TV and other media outlets reported later Saturday that police in Nakhon Si Thammarat had arrested a 67-year-old man who is suspected of being responsible for a fire at a supermarket in the southern city that the authorities had listed in the series of attacks. Police said they found evidence at his home and in electronic devices they had confiscated from him that he was involved in an active political movement against the government. But they failed to explicitly link him to the other attacks.

Foreign governments, including the United States, issued warnings urging travellers to use caution and avoid affected areas. Many tourists on Saturday were resuming their vacations while keeping an eye for any sign of trouble.

Niels Seeberg, who has lived in the Hua Hin area for 10 years, said Saturday that he was out with friends Thursday night and saw the carnage from the blasts.

Seeberg, a 59-year-old Danish tour leader, said that the incident left him feeling angry and helpless, “and I don't know what to do with my anger.”

While police and other officials have strongly hinted that opponents of the military government that seized power in the 2014 coup may have been behind the attacks, they also have acknowledged signs that Muslim separatists from the country's deep south could have had a hand in the violence.

Royal Thai Police Col. Krisana Patanacharoen said Friday that the bombings followed “a similar pattern used in the southern parts of the country” - a reference to a low-level insurgency in the largely Islamic south that has ground on for more than a decade and killed more than 5,000 people.

Southern militants fighting for greater autonomy have carried out sophisticated, co-ordinated attacks before, but most have hit three provinces in the far south that were not among those targeted this week.

Speaking at a Saturday event to promote Thai products and handicrafts, Prime Minister Prayuth Chan-ocha assured reporters that he was dealing with the situation.

“Don't go starting a witch hunt yet as we must make our home as peaceful as possible; everyone is panicked and flustered, but I have to remain calm,” he said. He vowed to keep working in order to make sure that “such terrible acts” never happen again, so that the “nightmare” of the past few days would become just a fading memory.

The violence occurred just ahead of the anniversary of the Aug. 17, 2015, bombing of Bangkok's popular Erawan Shrine, which left 20 dead and injured more than 120. Thai authorities said that bombing was revenge by a people-smuggling gang whose activities were disrupted by a crackdown, but analysts suspect it might have been the work of Uighur separatists angry that Thailand forcibly repatriated more than 100 Uighurs to China.

Although two arrests were made in that case, a confusing investigation shook faith in the competence of the police and raised doubts about who were the true culprits. The case has not yet come to trial.