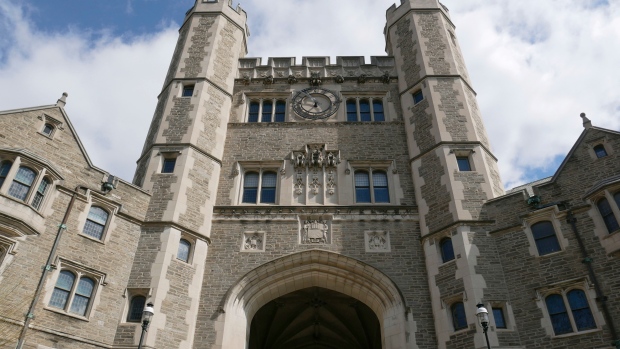 FILE - In this April 5, 2018, file photo, people walk through the Princeton University campus in Princeton, N.J. The Trump administration has opened an investigation into racial bias at Princeton University, Wednesday, Sept. 16, 2020, saying that the school's recent acknowledgment of racism on campus amounts to a "shocking" and "serious" admission of discrimination. (AP Photo/Seth Wenig, File)

The Trump administration has opened an investigation into racial bias at Princeton University, saying that the school's recent acknowledgement of racism on campus amounts to an admission of discrimination.

In a letter to the university on Wednesday, the U.S. Education Department said the school's acknowledgment of racism conflicts with previous assurances that Princeton complies with federal anti-discrimination laws.

In the letter, President Christopher Eisgruber acknowledged that racism persists at Princeton “as in our society.”

Princeton said it's co-operating with the investigation and looks forward to showing its actions have been consistent with federal law.