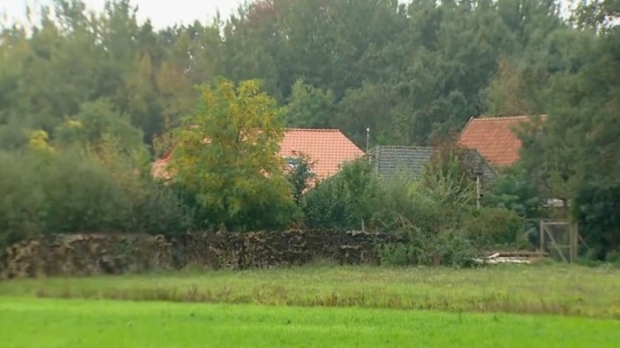 The small group of buildings after a family group were discovered to be living in secluded conditions in Ruinerwold, 130 kilometers (80 miles) northeast of Amsterdam, Netherlands, Tuesday Oct. 15, 2019. Dutch authorities were Tuesday trying to piece together the story of a six-member family group believed to have lived for nine years on a farm, isolated from the outside world in the rural east of the Netherlands. (RTL Netherlands via AP)

THE HAGUE, Netherlands - Prosecutors said Wednesday they are charging a 58-year-old man arrested in connection with the discovery of a Dutch family who lived largely isolated from the outside world for nine years.

Prosecutors announced on Twitter that the man, whose identity was not released, is suspected of involvement in “deprivation of liberty and harming the health of others.”

The man, widely reported in Dutch media to be a 58-year-old Austrian national identified only as Jozef B., was scheduled to appear before an investigating judge on Thursday.

Prosecution spokeswoman Melanie Kompier declined to give further details on the case or confirm the suspect's identity.

The man, who rented the farm where the people were found, was initially detained by police for not co-operating with their investigation, which continued Wednesday with officers searching two other locations in a nearby village.

Six members of a family, reportedly a father and children aged 18-25, were discovered this week living in what local mayor Roger de Groot called “improvised rooms” on a farm in the Netherlands' rural east.

They were discovered after one family member left the farm, visited a local bar and raised the alarm.

Drone images of the farm showed a cluster of buildings with a large vegetable garden on one side. The small property appeared to be ringed by a fence and largely obscured by trees.

Unconfirmed reports said the family had withdrawn from society, fearing the end of the world was approaching.

Dutch media reported Wednesday that the 25-year-old man who raised the alarm had been active in recent weeks on social media, including saying that he worked for a company run by the suspect who is to be charged.