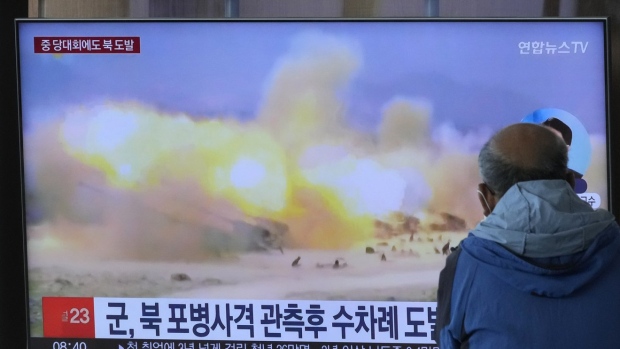 South Korea’s Joint Chiefs of Staff said the weapons fell within the northern side of buffer zones created under a 2018 inter-Korean agreement to reduce military tensions. There were no immediate reports of shells falling inside South Korean territorial waters.

It was not immediately clear when the incident occurred, and further details were not provided.

South Korea’s military said it communicated a verbal warning to North Korea over the firings and urged it to abide by the agreement.