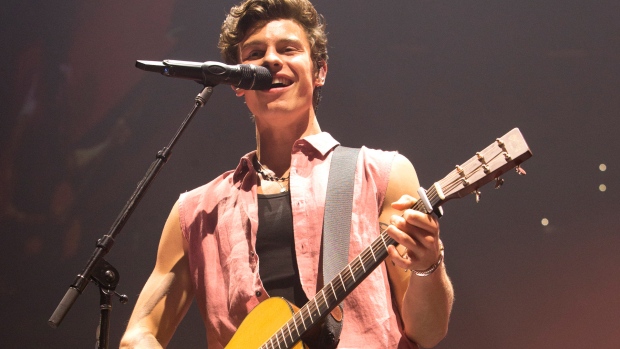 Shawn Mendes performs in concert at The Wells Fargo Center on Wednesday, Aug. 28, 2019, in Philadelphia. (Photo by Owen Sweeney/Invision/AP)

TORONTO - Shawn Mendes is getting into the film and television production business under a new partnership with his longtime manager.

The 22-year-old pop singer has joined Andrew Gertler in launching Permanent Content, a company that will focus on scripted and documentary projects that reflect issues important to young people.

Permanent Content's first project was “Shawn Mendes: In Wonder,” a feature-length documentary about the Pickering, Ont.-raised singer's rise to fame that debuted this week on Netflix.

Other projects in the works include Emmy-winning filmmaker Tony Gerber's documentary on climate change, which comes on the heels of his contributions to several National Geographic series.

Some titles will be developed under a joint venture with Los Angeles-based Anonymous Content, which is known for making Netflix films “Outlaw King,” “The Laundromat” and the upcoming George Clooney sci-fi drama “The Midnight Sky.”

Mendes said in the announcement that he hopes to elevate the voices of young people who are leading change and highlight issues that are dearest to them.

This report by The Canadian Press was first published November 24, 2020.