UAE sentences British academic to life in prison for spying 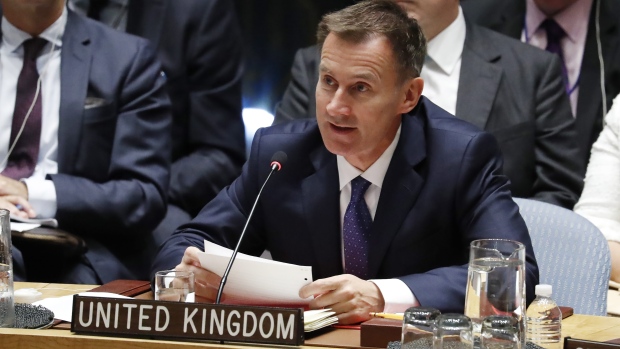 British Secretary of State for foreign affairs Jeremy Hunt speaks during the UN Security Council meeting on the sidelines of the 73rd session of the General Assembly of the United Nations at United Nations Headquarters in New York, New York, USA, 27 September 2018. EPA/JASON SZENES

LONDON -- The family of a British academic jailed in the United Arab Emirates on spying allegations says he's been sentenced to life in prison.

Matthew Hedges, a 31-year-old PhD student in Middle Eastern Studies at Durham University, was arrested at Dubai Airport on May 5. Foreign Secretary Jeremy Hunt has travelled to the UAE to make representations on his behalf.

Hunt expressed shock at the verdict Wednesday and says the decision "is not what we expect from a friend and trusted partner of the United Kingdom and runs contrary to earlier assurances."

Hunt says consular officials have been in close contact with the academic's family and the case "will have repercussions for the relationship between our two countries, which has to be built on trust."