UK leader race down to 6 contenders, Boris Johnson in front 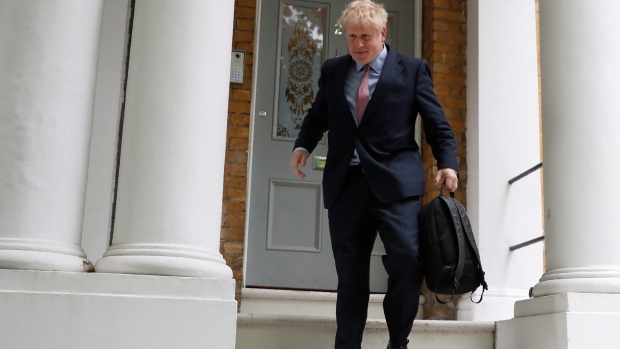 LONDON -- One of seven contenders to replace Prime Minister Theresa May quit the Conservative Party leadership race on Friday, as front-runner Boris Johnson was accused of trying to dodge media scrutiny.

Health Secretary Matt Hancock said after the first round of voting, it was clear he did not have the backing to win. He came fifth in a vote Thursday among 313 Conservative lawmakers with 20 votes.

Johnson, a former foreign secretary, won Thursday's first round of voting by Conservative lawmakers, gaining 114 votes, more than the next three candidates combined.

Hancock did not say who he planned to support.

The 40-year-old had pitched himself as the face of a younger, modernizing generation in the Conservative Party, promising to deliver an energizing blend of social liberalism and economic dynamism. But his message failed to gain much traction in a party consumed with Britain's stalled departure from the European Union.

Hancock said he had run as the "candidate of the future" but found that "the party, understandably, is focused very much on the here and now and how we get through Brexit."

Tory legislators will hold more elimination votes next week, with the final two contenders put to a vote of 160,000 Conservative Party members nationwide. The winner will become Conservative leader and prime minister.

All the remaining candidates, apart from Johnson, say they will take part in TV debates next week. Johnson's campaign team says it is still in talks with broadcasters.

Foreign Secretary Jeremy Hunt, who is in second place, said Friday that someone who wanted to lead the country should not be "hiding away from the media."