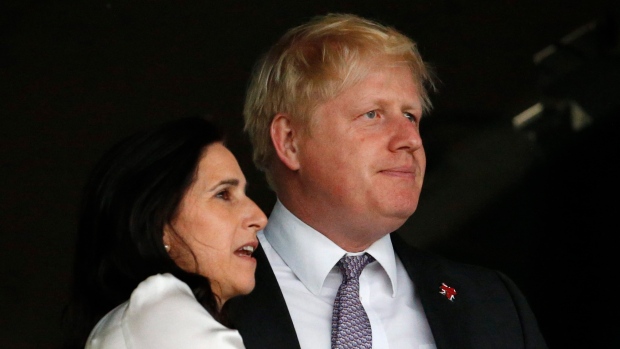 Boris Johnson, right, and Marina Wheeler wait for the start of the Opening Ceremony at the 2012 Summer Olympics, Friday, July 27, 2012, in London. (AP Photo/Jae C. Hong)

Lawyers for Johnson and Wheeler attended a brief private hearing at the Central Family Court in London.

Judge Sarah Gibbons barred the media from reporting financial details of the settlement. The judge gave Wheeler permission to apply for a divorce decree that will formally end the couple's marriage.

Johnson and Wheeler, a lawyer, married in 1993 and had four children. They announced in September 2018 that they had separated and planned to divorce.