UN health agency on defensive after Trump slams it on virus 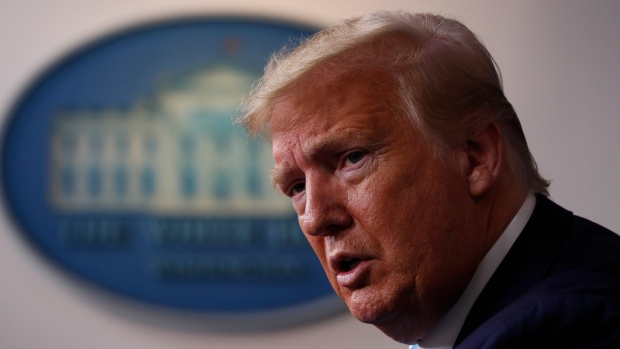 GENEVA - In a heartfelt plea for unity, the World Health Organization's chief sought Wednesday to rise above sharp criticism and threats of funding cuts from U.S. President Donald Trump over the agency's response to the coronavirus outbreak.

The vocal defence from the WHO Director-General came a day after Trump blasted the U.N. agency for being “China-centric” and alleging that it had “criticized” his ban of travel from China as the COVID-19 outbreak was spreading from the city of Wuhan. Tedros, an Ethiopian and the WHO's first African leader, projected humility and minimized his personal role while decrying invective and even racist slurs against him amid the WHO's response to the disease. The new coronavirus has infected more than 1.4 million people and cost over 83,000 lives across the globe. “Why would I care about being attacked when people are dying?” he said. “I know that I am just an individual. Tedros is just a dot in the whole universe.

But he dodged questions about Trump's comments, while acknowledging the the agency was made up of humans “who make mistakes,” and insisted his key focus was saving lives, not getting caught up in politics.

“No need to use COVID to score political points. You have many other ways to prove yourself,” he said. “Without unity, we can assure you, every country will be in trouble.”

Avoiding any direct mention of Trump, Tedros' comments testified to the often-delicate task faced by U.N. leaders when criticized by member states. That challenge is especially difficult with the United States, the biggest donor to the world body and its offshoots. At the White House on Tuesday, Trump first said the United States would “put a hold” on WHO funding, and then revised that to say, “We will look at ending funding.” He took aim particularly at its alleged criticism of the U.S. ban on travel to and from China.

“The WHO ... receives vast amounts of money from the United States,” Trump said. “And they actually criticized and disagreed with my travel ban at the time I did it. And they were wrong. They've been wrong about a lot of things.”

Generally, the WHO has been careful not to criticize countries on their national polices, and it was not immediately clear what specific criticism Trump was alluding to.

Trump's remarks came as many governments, particularly in Europe, have started to brush aside, ignore and criticize WHO recommendations on issues of public policy, like whether travel restrictions are warranted or whether the public should wear masks. In guidance that dates to Feb. 29, WHO advises against travel or trade restrictions with regard to countries facing the outbreak - now nearly every country in the world - arguing the measures could divert resources, prevent the delivery of aid, and hurt economies. The United States contributed nearly $900 million to the WHO budget for 2018-2019, according to information on the agency's website. That represents one-fifth of the WHO's total $4.4 billion budget for those years.

The U.S. gave nearly three-fourths of the funds in “specified voluntary contributions” and the rest in “assessed” funding as part of Washington's commitment to U.N. institutions.

A more detailed WHO budget document provided by the U.S. mission in Geneva showed the United States provided $452 million in 2019, including nearly $119 million in assessed funding. In its most recent budget proposal from February, the Trump administration called for slashing the U.S. contribution to the WHO to $57.9 million. Some African leaders and the U.N. chief rallied around Tedros and the agency, insisting a worldwide public health crisis was no time to reduce the budget of the entity working to co-ordinate an often-disjointed international response. U.N. Secretary-General Antonio Guterres said the WHO “is absolutely critical to the world's efforts to win the war against COVID-19” and must be supported. Once the pandemic ends, he said, there must be an investigation into how it emerged and spread so quickly as well as into the reactions of all those involved in the crisis so lessons can be learned.

The chair of the African Union's commission Moussa Faki Mahamat, wrote on Twitter: “Surprised to learn of a campaign by the U.S. govt against WHO's global leadership. The African Union fully supports WHO and Dr. Tedros.” Namibia's President Hage Geingob tweeted that “WHO, under the stewardship of Dr. Tedros, has shown itself to be a true flag-bearer of multilateralism when global solidarity has become critical.”

Some U.S. lawmakers piled on alongside Trump, with Sen. Marco Rubio of Florida calling for Tedros to resign. “Unfortunately, it has been politicized,” he said of the WHO on Fox News. “I have deep concerns about it.” --- Jill Colvin in Washington, Edith M. Lederer in New York, Cara Anna in Johannesburg and Maria Cheng in London contributed to this report.