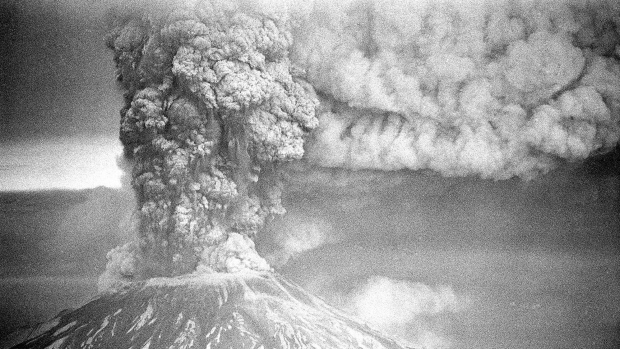 COUGAR, Wash. - The coronavirus outbreak disrupted what had been big plans to mark the 40th anniversary of the eruption of Mount St. Helens in Washington state.

The peak in the Cascade Mountain Range blew its top on May 18, 1980, killing 57 people, blasting more than 1,300 feet (396 metres) off the top of the mountain and raining volcanic ash around for hundreds of miles.

But there will be no public observances at the volcano on Monday. Oregon Public Broadcasting reports the main highway into the national volcanic monument is closed due to COVID-19 and the multiple visitor centres and museums that had planned remembrances are also shuttered.

“We've been thrown for quite a loop here,” said Washington State Parks interpretive specialist Alysa Adams. “Please stay tuned for next year because I think we're going to take all of this energy and passion and turn it into something productive for the 41st anniversary.”

The eruption produced huge, black and grey clouds of ash that rose more than 80,000 (24,384 metres) feet and eventually poured tiny granules of debris in cities and towns throughout the Northwest. The peak, which had experienced many smaller eruptions on the weeks preceding the big event. Within minutes of a 5.1 earthquake that hit at 8:32 a.m. on May 18, 1980, the volcano's north flank collapsed, triggering the largest landslide in recorded history. The explosion scorched and flattened about 230 square miles (450 square kilometres) of dense forest.

And Mount St. Helens may not be done yet. In September 2000 the volcano rumbled back to life with a swarm of tiny, shallow quakes. The first of a series of small explosions on Oct. 1 shot volcanic ash and gases into the air. A lava dome began to rise in the volcano's crater, building s