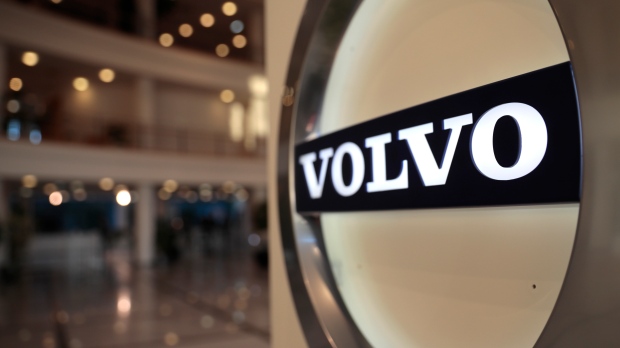 This Feb. 6, 2020, file photo shows the Volvo logo in the lobby of the Volvo corporate headquarters in Brussels. (AP Photo/Virginia Mayo, File)

DETROIT - Volvo is recalling another 195,000 vehicles in the U.S. because the front driver's air bags could explode and send shrapnel into the cabin.

It's the company's third U.S. recall for the issue with air bag inflators made by supplier ZF/TRW.

It stems from the death of an unidentified U.S. driver.

In all, the recalls cover nearly 768,000 vehicles worldwide.

Dealers will replace the driver's air bag “with a modern state-of-the-art propellant/inflator,” the Volvo documents say.

Owners in the latest recall will be notified by letter starting Dec. 14.