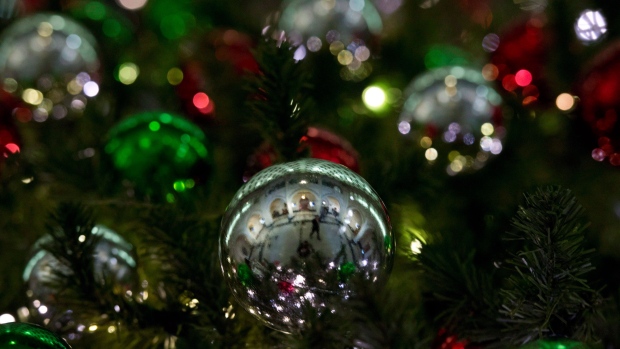 A spokesman for the Canadian broadcaster says feedback from listeners has led to the company to reintroduce the 1944 duet after yanking it out of rotation last Christmas season.

Bell was among numerous radio operators who effectively banned "Baby It's Cold Outside" from their airwaves following scrutiny over what some called inappropriate lyrics in the wake of the .MeToo movement.

Most versions of "Baby, It's Cold Outside" feature one singer trying to persuade the other to stay inside, with exchanges that include, "What's in this drink?" and "Baby, don't hold out."

The lyrics led public broadcaster CBC to pull the song from its holiday streaming playlists last year, only to add it back within days after an audience backlash.

Negative responses to the original "Baby, It's Cold Outside" have inspired some pop artists to make changes to the classic. A new version sung by John Legend and Kelly Clarkson will debut this year with updated lyrics that emphasize consent.

CP24 is a division of Bell Media