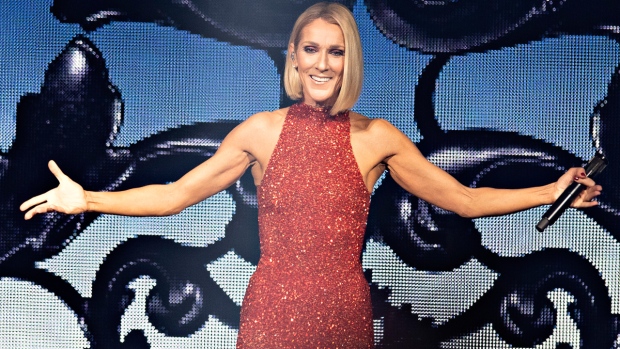 The vocal powerhouse is suffering from a throat virus and is on doctor's orders to take a week off to rest and recover.

The shows scheduled at Montreal's Bell Centre on Sept. 26, 27, 30 and Oct. 1 have been postponed to dates later in November.

Tickets for the postponed performances will be valid for the rescheduled dates.

The concert promoter says Dion is hoping to be well enough to perform her two other Montreal Bell Centre dates as scheduled, on Oct. 4 and 5.

Dion's world tour kicked off September 18th with a performance at the Videotron Centre in Quebec City as she promotes the Nov. 15 release of her new album, “Courage.”