Hurt Christie Brinkley pulls out of 'Dancing with the Stars' 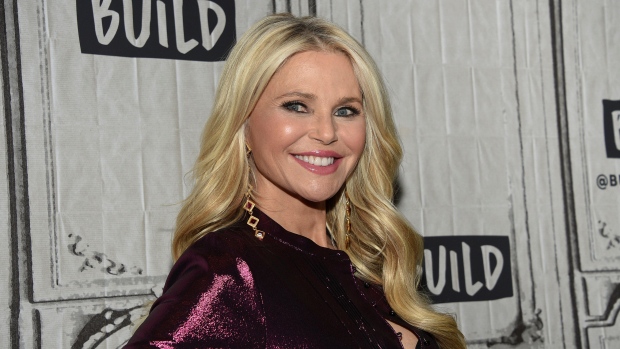 FILE - In this Jan. 29, 2019, file photo, model Christie Brinkley participates in the BUILD Speaker Series to discuss the "Milestones of Me" campaign in New York. ABC says in a written statement that Brinkley is unable to continue this season following surgery to her wrist and arm. The details of her injury were not given. Sailor Brinkley-Cook will replace her mother on the show. Brinkley-Cook is a model who has appeared in Sports Illustrated. (Photo by Evan Agostini/Invision/AP, File)

NEW YORK -- Christie Brinkley has been sidelined for Monday's season premiere of "Dancing with the Stars."

ABC said in a statement that Brinkley is unable to continue this season following surgery to her wrist and arm. No details of her injury were given.

Spicer's selection raised eyebrows. He quit as press secretary six months into President Donald Trump's term and had a contentious relationship with the press.