John Mann of group Spirit of the West dead at 57 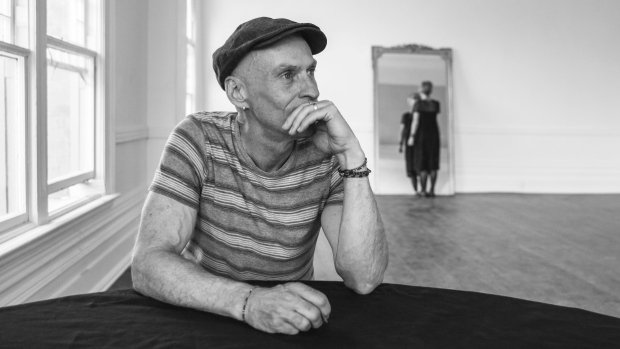 John Mann, singer of Canadian rock band Spirit of the West, has died at age 57. (Provided)

VANCOUVER - John Mann, lead singer and songwriter for Vancouver's beloved Celtic-inflected rock band Spirit of the West, has died. He was 57.

Eric Alper, the band's publicist, says Mann died peacefully in Vancouver on Wednesday from early onset Alzheimer's, the disease with which he was diagnosed several years ago.

“Surrounded by friends and loving family until the end, all were reminded of John's rich legacy,” Alper said in a release.

“He was a potent force in music, acting - onstage, in movies and on television, and was world renowned as a songwriter.

“As well, he was a foresightful activist and charitable figure for several worthwhile organizations. His work will resound long after his untimely passing.”

A four-time Juno nominee for his work with Spirit of the West, Mann and his band became underground heroes for their politically savvy, musically diverse songwriting, which fused traditional strains of folk, Celtic and turn-of-the-'90s alt-rock.

In his later years, Mann survived cancer - and wrote about it - only to suffer from early onset Alzheimer's, though he determinedly continued performing as he faced the condition.

Mann had two children, son Harlan and daughter Hattie, with his wife, the playwright Jill Daum.

In 1983, he first hooked up with Geoffrey Kelly and J. Knutson and formed the trio Eavesdropper, though they would change their name to Spirit of the West by the time they independently released their self-titled debut in 1984.

More attention was drawn by the group's sophomore record, 1986's “Tripping Up the Stairs.” With all songwriting credits split evenly among the trio, the record was an eclectic stunner, with several songs built around traditional Scottish and Irish jigs.

In 1988, the band - with Hugh McMillan replacing the departed J. Knutson - solidified its reputation with the acclaimed “Labour Day.”

The wryly titled breakup tune “Political” - credited to Mann alone - gave the band its first real hit, and the band's third album went on to draw both their first Juno nomination and the interest of major labels.

Spirit of the West signed to Warner Bros. Records in 1989, and followed with “Save This House” the following year, eventually scoring the band its first platinum album.

Even “Political” was re-recorded here, newly jolted by electronics, and some fans resisted - a London, Ont., audience petitioned the band to perform the original version, for instance.

While Spirit of the West's evolution toward rock did rankle some, they'd never been more popular. They struck platinum again with 1993's “Faithlift,” tackling issues as heavy as riots, the Catholic Church's sex abuse scandal and Yellowknife's Giant Mine explosion - and earning their best-selling record in the process.

Spirit of the West remained prolific even to diminishing commercial returns, releasing three albums over the next three years.

As the band wound down and eventually went on hiatus, Mann kept busy.

He learned he was sick in 2009, and spent months confined to a hospital bed. He'd fully recovered by 2011.

Sadly, that was not the end of Mann's suffering.

In September 2014 he made public his diagnosis of early-onset Alzheimer's disease. In a note on his website, he said the diagnosis was not a shock because he'd been harbouring certain “fears and suspicions.”

He added that he would use an iPad to help with lyrics for his shows, and he would accept musical accompaniment from friends.

“My Spirit of the West bandmates have circled me with care,” he added, “and we will forge ahead as we've been doing the last 30 some odd years with humour and friendship, playing our hearts out.”

This report by The Canadian Press was first published on Nov. 20, 2019.