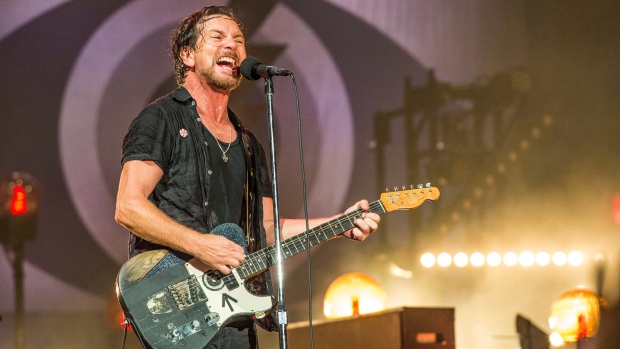 Toronto Pearl Jam fans will have to wait longer than they thought to catch a glimpse of the band.

In posts to their social media accounts Monday night, the band said that it is postponing the first leg of its 2020 Gigaton tour out of concern for “the safety and well-being of our supporters” amid efforts to slow the spread of COVID-19.

“So we are being told that being part of large gatherings is high on the list of things to avoid as this global health crisis is now beginning to affect all of our lives,” the band said. “Unfortunately, communing in large groups is a huge part of what we do as a band and the tour we’ve been busy planning for months is now in jeopardy.”

The band called the development “unfortunate” and said it was made “with deep frustration and regret.”

The group said the affected tour dates will be postponed and the events scheduled to a later date.

The tour was scheduled to open with a sold-out show at Scotiabank Arena in Toronto on March 18, followed by other shows in Ottawa, Quebec City, Hamilton and the U.S.

As of Monday night, the band’s website showed that all the North American dates had been postponed. Tour dates in Europe appear to be unaffected so far.

“We’ve worked hard with all our management and business associates to find other solutions or options but the levels of risk to our audience and their communities is simply too high for our comfort level,” the band said. “Add to that we also have a unique group of passionate fans who travel far and wide. We’ve always been humbled by this and respect their energies and devotion. However in this case, travel is something to avoid.”

There is no word so far on when the postponed dates might be rescheduled.