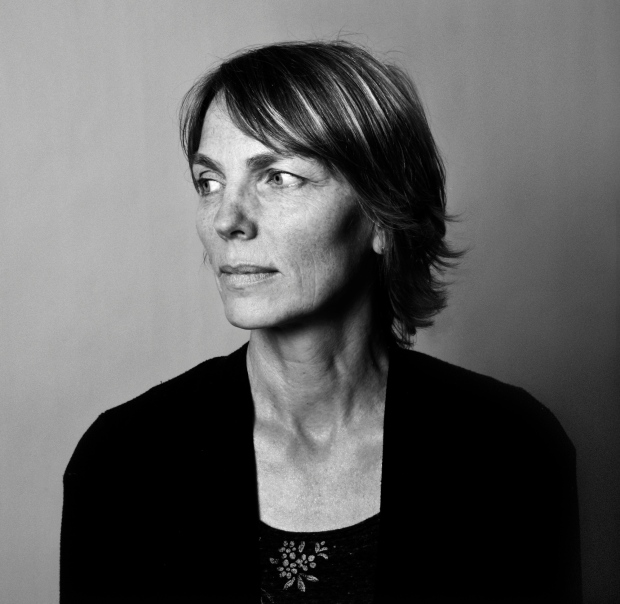 Director Torill Kove, whose film 'Me and My Moulton' is nominated for an Academy Award, is shown in this file photo. THE CANADIAN PRESS/ HO, National Film Board of Canada

A whopping total of 108 shorts will screen at the annual movie marathon when it opens next week. Of those, 42 will be featured in Short Cuts Canada, the festival's annual celebration of homegrown filmmakers.

Kove's "Me and My Moulton," loosely based on her childhood in 1960s Norway, is poised to be a standout. The brightly coloured animation follows a seven-year-old girl and her sisters, who desperately want their parents to buy them a bicycle.

The young protagonist struggles with the sense that her family is somehow different from others -- a feeling that Kove herself grappled with growing up.

"The truth is that there wasn't anything that different. We were a pretty average Norwegian family," she said in an interview.

"My mom worked. She had a full-time job. This was in the 1960s and in my neighbourhood there weren't that many women like that. That was different. And my dad had a moustache, that was probably the biggest thing."

Kove, who has been based in Montreal since 1982, won an Academy Award in 2007 for "The Danish Poet." The short animated flick, like "Me and My Moulton," was co-produced by the National Film Board and Norway's Mikrofilm AS.

She said "Me and My Moulton" is about how children keep things to themselves and don't know how to communicate their feelings. The little girl feels so much anxiety and embarrassment that she gets a stomachache.

"You still have things that occupy you that you have to deal with -- whether it's too hurtful for you to talk about or too shameful or potentially destructive to the relationships that you have around you."

Other buzzed-about Canadian titles include Norman McLaren's newly-restored 1951 short "Around is Around," the first stereoscopic animated film ever made, and Toronto filmmaker Sol Friedman's "Day 40," a retelling of the Noah's Ark story that sees the animals discovering the darker side of their nature.

Some short films are based on existing work, like Michelle Latimer's "The Underground," adapted from the bestselling novel "Cockroach" by Rawi Hage. The film follows an Iranian refugee who experiences North American life by imagining himself as a cockroach, the only creature that will survive after the apocalypse.

Festival programmer Alexander Rogalski said more shorts are exploring science fiction this year, such as "Entangled," from "Orphan Black" writer Tony Elliott. The 15-minute film is about a scientist who alters reality after launching a secret experiment to find out what happened to her brain-dead partner.

"It's an exciting sort of glimpse into the writer's mind. He's come up with one of the most innovative science fiction stories of recent memory," said Rogalski.

He and fellow programmer Magali Simard pored over a staggering 841 entries -- 200 more than last year -- to select the flicks featured in Short Cuts Canada.

"I think more people are watching short films than ever before, and that's encouraged people to make work, knowing that it will find an audience," said Rogalski. "At TIFF, we've really championed those Canadian short films for so many years and we've seen our audiences and fan bases grow."

Other noteworthy Canadian shorts include Slater Jewell-Kemker's "Still," about a girl who discovers duplicates of herself and her abusive boyfriend, and Rob Grant's "What Doesn't Kill You," about high school seniors who discover they can reappear completely healed after a horrific car crash.

As for shorts from outside Canada headed to the fest, the inaugural Short Cuts International program features works from filmmakers representing 29 countries.

"Here is the Concatenation," a new 30-minute film from acclaimed French director Claire Denis, is among the most anticipated. With just two actors and no sets, it explores a strained relationship with a focus on language and race.

From Matthu Placek, "130919: A Portrait of Marina Abramovic" captures in 3D a special performance of the legendary artist, while Frank Ternier's "8 Bullets" is a feverish mixed-media animation about a French expat in Taipei who tracks down the man he believes is responsible for the death of his family.

Clement Trehin-Lalanne's "Aissa" follows a Congolese girl residing illegally on French territory who must undergo a physical examination. In "A Ceremony for a Friend," by Kaveh Ebrahimpour, a group of friends in Iran resolve to hang their comrade Monsour but allow him first to make a few final requests.

Calgary-born director Randall Okita has screened a couple of shorts at the fest before and this year will present his film "The Weatherman and the Shadowboxer," produced by the National Film Board. The 10-minute tale about two brothers who view their shared history in very different ways -- both bearing deep internal scars -- uses a mixture of live-action and animation to create a haunting visual style. Almost all of the faces are removed and the film instead focuses on shapes, silhouettes and layers to depict what's happening internally with the characters. The 35-year-old director plays a role in the film with his face erased.

"I think you want to put yourself at the centre of your work, literally and metaphorically, and if you're going to have to be angry at someone for making mistakes on screen, it might as well be you," said Okita.

He praised the Toronto festival for inspiring and supporting young filmmakers.

"When you look around at the Canadian filmmakers that have grown up going to the festival, being inspired by the films shown at the festival, I feel like it's a delicate balance to keep growing things internally as well as bringing people from around the world," he said. "I think they've done a good job of balancing the inspiration with the hoopla and the business side of things."