Trump Jr.'s book is a No. 1 bestseller, but with an edge 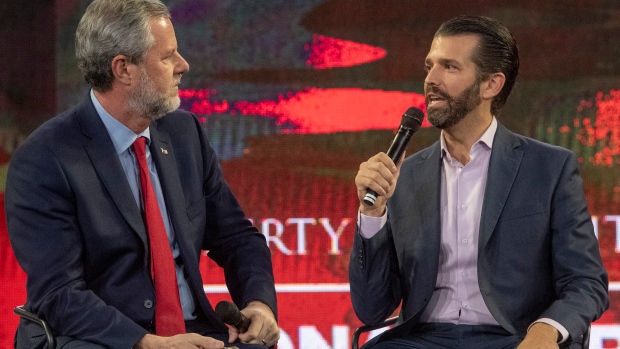 NEW YORK - Donald Trump Jr.'s “Triggered” is a No. 1 New York Times bestseller, although not without an edge.

“Triggered: How the Left Thrives on Hate and Wants to Silence Us” came out last week and tops the hardcover nonfiction list that will appear in the Nov. 24 edition of the Times.

Among those celebrating was President Donald Trump, who tweeted “Wow! Was just told that my son's book, `Triggered,' is Number One on The New York Times Bestseller List. Congratulations Don!”

Wow! Was just told that my son’s book, “Triggered,” is Number One on The New York Times Bestseller List. Congratulations Don!

A dagger symbol appears next to the listing, indicating that some of the sales were “bulk purchases,” often meaning that the author or someone associated with the author bought a substantial number of copies. A spokesman for the Republican National Committee, Steve Guest, said Thursday that the RNC has been offering “Triggered” as a fundraising incentive, a common practice for political books.

Guest said copies were bought “to keep up with demand,” not in a “large bulk purchase.”

“Triggered” also placed high on the weekly report compiled by NPD BookScan, which tracks around 85% of the print market. According to BookScan, “Triggered” sold 71,000 copies last week, second only to Jeff Kinney's latest “Diary of a Wimpy Kid.” NPD could not immediately determine how many of those sales were bulk sales.