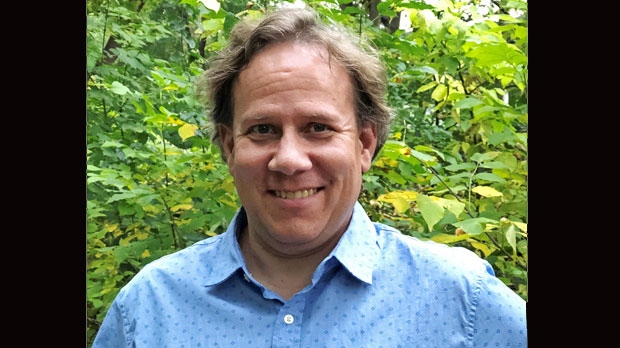 Leigh Turner of the University of Minnesota is seen in this undated handout photo. Dozens of unlicensed clinics offering stem cell treatments for a wide variety of medical conditions have sprung up in Canada, marketing their services through direct-to-consumer online advertising, a study has found. THE CANADIAN PRESS/HO, Leigh Turner *MANDATORY CREDIT*

TORONTO -- Dozens of unlicensed clinics offering stem cell treatments for a wide variety of medical conditions have sprung up in Canada, marketing their services through direct-to-consumer online advertising, a study has found.

Canadian-born researcher Leigh Turner, an associate professor at the University of Minnesota's Center for Bioethics, identified 30 businesses marketing stem cell therapies at 43 clinics across the country.

The clinics aren't approved by Health Canada nor are their services covered by provincial health insurance plans, meaning patients typically pay thousands of dollars out of pocket for what he calls "unproven" stem cell therapies.

"I think it's hard for individual patients to navigate what's out there," Turner said in an interview from Minneapolis-St. Paul, Minn.

His search turned up 24 clinics in Ontario, eight in British Columbia, six in Alberta, three in Quebec, and one each in Nova Scotia and Saskatchewan. There were 17 clinics in the Greater Toronto Area alone.

"They just sort of set up shop and put out a shingle on the internet and start making marketing claims and begin to advertise stem cell treatments," said Turner, noting that there are now hundreds of such clinics in the U.S. as well as in countries around the world.

Stem cells give rise to many different cell types in the body and offer the potential for treating a wide array of diseases. However, regenerative medicine experts say much rigorous research is still needed to determine how these cells can be used safely and effectively as therapies.

Most of the Canadian clinics identified by Turner offer stem cell treatments for orthopedic and musculoskeletal conditions such as arthritis, pain relief and sports-related injuries. One B.C.-based company advertises stem cell treatments for a broad range of disorders, among them ALS, Parkinson's disease, stroke, multiple sclerosis, muscular dystrophy and erectile dysfunction.

But there is no scientific evidence that injecting or transfusing stem cells -- often purportedly derived from a person's own fat tissue -- has any benefit in easing the symptoms of such diseases, let alone providing a cure, he said.

And in some cases, such interventions can do harm, Turner said, citing the 2015 case of a Florida clinic using a stem-cell preparation to try to improve the sight of three women with macular degeneration, who ended up being blinded.

Stem cells from bone marrow have long been a proven therapy for rebuilding the blood system in people with leukemia, for instance. In that case, bone marrow is taken from a tissue-matched donor in what's known as an allogenic transplant.

An autologous transplant involves sourcing stem cells from an individual's own blood or other tissues and "purifying" them in some manner before injecting or infusing them back into the person.

Mick Bhatia, director of the Cancer and Stem Cell Biology Research Institute at McMaster University, said he is surprised and disheartened to see so many stem cell clinics popping up on Canadian soil.

"In some cases, they aren't using stem cells. They're using cells that were going to die anyway in the (Petri) dish," he said. "They inject them in and they provide a very local, and within days, an anti-inflammatory reaction ... so there's the sense that you're doing some benefit -- and a lot of it is placebo (effect)."

Bhatia said such companies are taking advantage of people's hopes, when in fact there is no scientific backing for claims that stem cells can alter the course of such diseases as ALS, an always fatal neurological condition for which the cause is unknown and there is no cure.

"I can't send up a bigger set of cautions for any individual that wants to approach these companies," he said, adding that he has seen patients return to Canada from clinics in other countries and end up in hospital "for months or longer" due to complications from so-called stem cell treatments.

Turner said his paper is in part meant to challenge Health Canada to clarify and enforce regulations governing the clinical use of stem cells and to crack down on clinics making claims about effectiveness that are not based on scientific evidence.

"There are some meaningful things Health Canada can do not just to better regulate this marketplace, but to provide a clear and more comprehensive regulatory framework," he said.

A spokesman for Health Canada said the federal department has been in contact with 21 clinics offering stem cell therapies that had previously been identified through media reports and complaints.

Two clinics were ordered to stop the importation and sale of unauthorized stem cell products and Health Canada is following up on other clinics. Action will be taken should any non-compliance with regulatory requirements be identified, Andre Gagnon said by email.

Under the Food and Drug Act, all stem cells therapies are considered drugs and must meet specific requirements before they can be marketed in Canada. Only one advanced stem cell product, Prochymal for the treatment of graft-versus-host disease, has been approved for sale in Canada.

In light of the new information provided by the study, Health Canada will be contacting Turner to request further details for follow-up, Gagnon said.