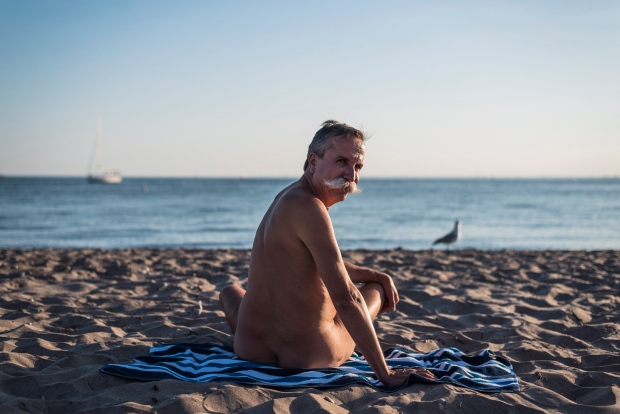 TORONTO -- Canada's clothing-optional beaches are at the centre of a turf battle between nude bathers and their clothed counterparts.

Visitors to Wreck Beach in Vancouver and Hanlan's Point in Toronto have reportedly been told by naked beach-goers they must disrobe if they want to stay.

Toronto's Cailey Root said she found homemade signs at Hanlan's Point this week stating that nudity was mandatory at the clothing-optional beach.

Root said she and a friend were later approached by two nude men who told them to take off their clothes.

"I was already a bit nervous because I'd never been there before, and I wanted to do things at my own pace," said Root. "If I decide to (undress) or not, that's my choice."

Metro Vancouver, meanwhile, said it's received complaints of naked visitors at Wreck Beach telling people the spot is for nudes only.

The Federation of Canadian Naturists (FCN), a national nudist organization, said that while there are several public beaches across Canada where authorities turn a blind eye to nudity, Hanlan's Point and Wreck Beach are the only ones that have been officially designated "clothing optional."

The beaches are intended to be shared by clothed and unclothed people alike.

"Clothing optional... means that you legally have the right to be nude but you're not required to be," said Matthew Cutler, spokesman for Toronto's Parks, Forestry and Recreation department.

But some naturists, the preferred term for people who choose to be nude in social settings, say clothing-optional beaches should be primarily for them to comfortably engage in their chosen lifestyle.

Ron Schout, president of FCN, said he would like to see fewer clothed people in clothing-optional spaces.

"I totally understand the fact that people hear about it and go, 'Wow, we have nude beach, let's go there and check it out,"' Schout said. "We really wouldn't mind if that's all that people did, but not when they flood in there in droves. They do have other beaches ΓÇª why do they have to use our beach?"

Schout estimates that 90 per cent of Hanlan's Point visitors and 60 per cent of Wreck Beach visitors are clothed. He said fewer and fewer naturists visit the clothing-optional beaches each year, because the large number of clothed people there make them feel like they've become a spectacle.

"Right now we're just another show in town," said Schout. "We might as well be a (theatre) production."

Schout said he does not agree with confronting clothed beach-goers and demanding they take their clothes off or leave.

But, he said, the FCN would like to see signs up at clothing-optional beaches to educate visitors about the naturist lifestyle and proper nude beach etiquette.

Bare Oaks Family Naturist Park, near East Gwillimbury, Ont., is a private resort where visitors are required to be nude.

Owner Stephane Deschenes said naturism is about more than being naked in a social setting.

"It's about accepting yourself and showing respect for others," he said.

Deschenes said having clothed people around can make public nudity difficult for some naturists, especially if they are new to the practice.

"I go... and I don't care," said Deschenes, who is also an associate instructor for a University of Toronto course on the history and law of public nudity.

But for people with less experience at clothing optional beaches, he said, there may be a feeling that people are coming there just to watch them. They may not want clothed people around them while they are nude.

"(Naturism) is about creating situations where there is psychological, emotional equality between people and you can't do that if one person is dressed and the other is nude," Deschenes said.

And while private naturist parks like Bare Oaks exist, public urban beaches are the only affordable, accessible option for some naturists, he added.

Root said she's glad clothing-optional beaches exist, but adds people should be allowed to visit on their own terms.

"It's everyone's decision," she said. "That's the best thing about (clothing) optional. I don't think anyone should ever feel forced to be a certain way." 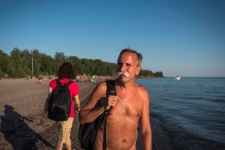