Starbucks to open app-focused 'pickup' location in the PATH 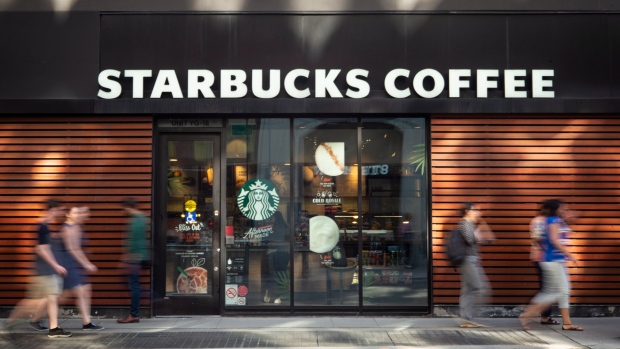 Customers accustomed to hunkering down for hours to work or socialize won't be able to do so at the newest Starbucks format that lacks seating and encourages people to grab their drinks and go.

Starbucks Canada announced Tuesday it will open what it calls a pickup store in downtown Toronto's underground pedestrian complex, the PATH.

The move is part of a trend in which companies are experimenting with take-out only locations as restaurants tackle how to best serve customers who increasingly demand online ordering and delivery.

“Everybody is trying to figure out what's the next great or what's the appropriate store format in this new digital age,” said Vince Sgabellone, a food service industry analyst with market-research firm NPD Group.

The rise of food-delivery apps in Canada, including UberEats, Foodora and DoorDash, has accustomed consumers to feeding almost any whim on demand and prompted a rethink of traditional eatery formats as people showed a preference for eating at home.

“Digital is changing the landscape: how people order, how people interact with their food-service brands. It's all changing, and all the operators are trying to figure out, 'OK, what's best for my customers?”' said Sgabellone.

The less than 93-square-metre (or 1,000-square-foot) location is smaller than most Starbucks stores. It caters to customers who order ahead on the company's mobile app and grab their beverage in store.

Customers can still order and pay in person, a company spokeswoman said in an email, “but this is not the optimal experience for this store.” However, that method allows consumers who want to bring a reusable cup for their drink to do so.

The company piloted the concept in Seattle, and opened the first location in New York City in November. Toronto's Commerce Court spot is slated to open Feb. 4.

This new format “is designed to modernize and reimagine the customer experience in high-traffic, urban areas,” wrote Michael Conway, president of Starbucks Canada, in an email.

The company has no specific plans to expand pickup stores in Canada, but this format “is designed for high-traffic urban areas,” he said.

Other restaurants, mainly in the U.S., have also dabbled with this concept.

Chick-fil-A, which recently opened its second Canadian location, started testing two stores without a dining room or drive-thru in Nashville and Louisville in October 2018. These spots are dedicated to the company's catering and delivery business.

“Starbucks seems to be a perfect candidate for doing something like this,” said Joel Gregoire, associate director for Mintel Canada's food and drinks reports.

In addition to coffee, Starbucks can also be considered a tech company, he said, pointing to its investment into the customer's digital experience.

The company introduced its mobile app in 2010 and gave customers the ability to order online for in-store pick up in October 2015.

That has given their customers time to get accustomed to ordering coffee digitally, said Gregoire.

Starbucks said it couldn't share specifics as to what percentage of its sales come from digital ordering in Canada, but Conway said the company is “seeing healthy growth” from active loyalty program members with the mobile order and pay option.

For these customers, “it really doesn't require much of a leap” to shift to the new location, said Gregoire.

In addition to happier customers, there's financial incentive for the company too.

In recent years, ghost kitchens cropped up in Canada. These operations cook meals only for delivery - with no dining rooms or takeout options.

Meanwhile, some coffeeshop owners got creative with space in order to be able to afford to operate in Toronto and Vancouver. Several tiny coffeeshops opened up in the cities, many with just a takeout window.

One of the business benefits for Starbucks is the lower cost associated with a smaller footprint, said a company spokeswoman.

“The cost of property is exceptionally high,” said Gregoire of the commercial real estate markets in Toronto and Vancouver.

“If you can take steps to limit your footprint but still deliver a good quality meal... it probably helps you make a profit because you're not paying for that dining space.”