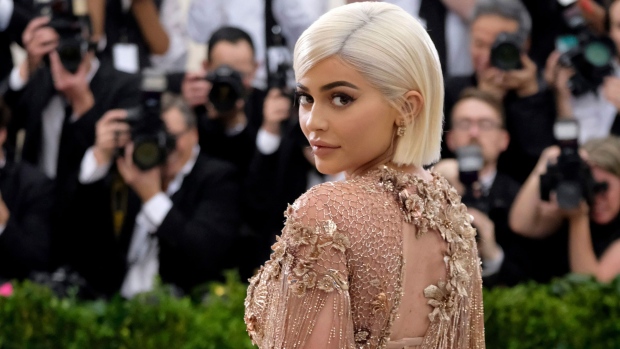 Kylie Jenner attends The Metropolitan Museum of Art's Costume Institute benefit gala celebrating the opening of the Rei Kawakubo/Comme des Garvßons: Art of the In-Between exhibition on Monday, May 1, 2017, in New York. (Photo by Charles Sykes/Invision/AP)

A photo of a simple brown egg has more than 27 million likes, surpassing the 18 million generated last year when Jenner posted a photo of her daughter Stormi.

Jenner responded to the egg dethroning her, posting a video on Instagram of her cracking a brown egg over pavement. She wrote: "Take that little egg."