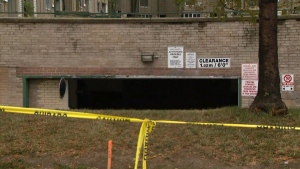 A 33-year-old man has been charged in connection with the shooting death of a woman in North York last month.

Toronto police said they initially responded to a medical call in an underground garage near Jane Street and Sheppard Avenue on the afternoon of Aug. 18.

When they arrived, officers found 23-year-old Daniella Mallia suffering from gunshot wounds. She was pronounced dead at the scene.

On Aug. 21, police announced a Canada-wide warrant for a suspect in the case and on Friday, they announced the arrest of that same person.

The suspect, identified as Toronto resident Dylon Dowman, has been charged with first-degree murder.

He was scheduled to appear in court on Friday afternoon.