'There’s a whole lot that I want to say,' Saunders says of Toronto woman's fatal fall 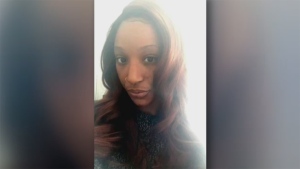 Toronto Police Chief Mark Saunders says he wishes he could say more to fill the “vacuum” of uncertainty surrounding the death of a woman who fell from an apartment building balcony near High Park on Wednesday night, but he can’t.

Relatives have said that 29-year-old Regis Korchinski-Paquet was in the midst of a mental health crisis and that they called police to the apartment building near Bloor Street and High Park Avenue in order to get her help.

Saunders told reporters Friday that officers received three separate 911 calls about the incident on Wednesday evening, and that two of them mentioned assaults, involving knives, prompting a heightened or “priority one” response.

“The call was for assaults and knives and were stated by at least two of the three people who called,” he said.

He said that seizures were also discussed in at least one of the calls, but the fact that weapons were alleged to have been involved meant that a Mental Health Crisis Intervention Team (MCIT), a police unit that includes a specially trained nurse, would not have been dispatched.

There is not a lot of information about what happened next but at some point Korchinski-Paquet asked to go to the washroom inside her apartment and was followed in by several officers, according to her mother andbrother.

She then fell to her death some time later. The provincial Special Investigations Unit is now probing what occurred after police arrived at the apartment.

Saunders said it would be unsafe to send an MCIT to the call as it would “to put a nurse in the middle of knife fight.”

Saunders and a lawyer for the family, Knia Singh, met Friday at police headquarters. Later in the day, Singh told reporters that while Korchinski-Paquet’s mother Claudette Beals-Clayton believes police had something to do with her daughter’s fall to her death, she does not believe she was pushed as she said in a video on social media circulated widely after the incident.

“This was not witnessed by the mother, however at the time of the statement this is what the mother believed,” Singh said. “The family strongly believes that if police handled this in a different manner, their daughter would still be alive today.”

On Thursday, Singh said police barred Korchinski-Paquet’s mother and brother from entering her apartment after police arrived, and suggested it was unlikely the 29-year-old would have jumped off her balcony, as she had repeatedly asked for it to be screened in.

Saunders said he wants to say more about what occurred but is legally not allowed to do so.

“There’s a whole lot that I want to say,” he said. “When you have a strong idea of what’s gone on – but you can’t speak – opportunists will step in and fill in those gaps.”

He urged the public to wait until the SIU investigation is complete, saying he has looked on social media, where numerous people have accused police of being involved in Korchinski-Paquet’s fatal fall.

“It creates a toxic environment that is not necessary because the truth doesn’t have an opportunity to manifest itself.”

Saunders also said that while front-line officers are not yet equipped with body cameras, this incident has led him to accelerate the rollout of the devices across the service, with some but not all patrol officers expected to be equipped with them by the third quarter of 2020.

In a statement released on Friday afternoon, the Toronto Police Services Board said that “everyone wants and deserves answers” about what happened and that it is important the SIU conduct its investigation into the incident “as expeditiously as possible.”

The board also took the relatively unusual step of calling on the SIU to provide regular updates about the status of its investigation.

“This will bring additional transparency to the process and enhance public confidence,” the statement said.

Police are prevented by law from discussing a case once the SIU invokes its mandate, so any information about what happened inside the apartment can’t come from them.

In a release issued on Friday afternoon, the SIU said that it is continuing to “make progress” in its investigation into the events leading up to Korchinski-Paquet’s death but can’t “make any further comment with respect to what happened” at this point.

They said that that they have already interviewed four of the five witness officers and will be interviewing the fifth subject officer later today. They say that investigators have also spoken to several civilians “who were able to shed some light on what transpired” and conducted a canvas of the area in order to locate video footage.

“A great deal of information has made its way into the public domain, but it is too soon for the SIU to confirm or deny the validity of what is being said,” the statement reads. “We urge all parties to avoid rushing to any conclusions about the events in question before the investigation is complete.”

Speaking with CP24 on Friday morning, the head of the union representing Toronto police officers said that it is important that people withhold judgement until all the facts and evidence are available.

“In the absence of information people are just putting out this type of narrative based on nothing, demonizing our police officers without any facts or evidence,” Toronto Police Association President Mike McCormack said. “It is just completely wrong and what we are saying is let’s get the facts and evidence and then that would be the appropriate time to have that discussion.”

The SIU has said that it will publicly release its findings as soon as the investigation is completed.