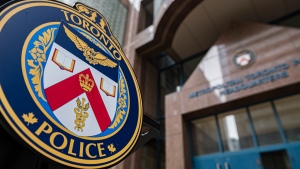 A woman found dead near the Distillery District last July has been identified, Toronto police say.

Earlier this month, police made an appeal to the public, asking them to identify the woman who was found dead near Lake Shore Boulevard East and Cherry Street on the evening of July 23.

In addition, they released an artist rendering of the woman in the hopes that it would help someone recognize her.

On Friday, police revealed that the woman’s identity had been confirmed.

However, they did not release her name. Police have also not disclosed the cause of her death.

They thanked the public for their assistance in the case.