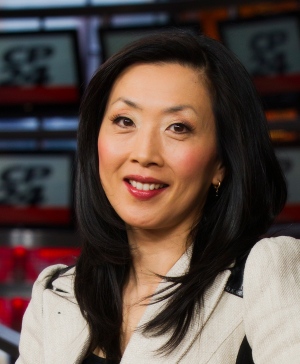 Jee-Yun Lee is an Anchor and Reporter at CP24. An acclaimed journalist, she is best known for her work as a consumer specialist in Toronto.

Born in South Korea, Lee’s family immigrated to Canada when she was a year old. Attending North Toronto Collegiate and the University of Toronto for history and politics, Lee credits interning at CTV’s THE DINI PETTY SHOW with helping her discover her passion for broadcasting. In 1995, Lee returned to classes at Humber College in the graduate journalism program.

Her first job in journalism was with CTV Saskatchewan. Wearing several hats, she was a videographer, anchor, weather reporter, producer, writer, and line-up editor. In 1997, Lee returned to central Canada working for CHCH TV in Hamilton for five years and subsequently with Citytv in Toronto for eight years. Her beats ranged from health to Queen’s Park to consumer stories. She has had fun along the way hosting Citytv New Year’s Eve Bash from Nathan Phillips Square from 2002 to 2004. Lee was also the host of THE SPIN for Star Daily.

Outside of work, Lee has assisted in fundraising and awareness efforts for retinoblastoma (eye cancer) and multiple sclerosis. She also works closely with the Korean Canadian Women’s Association, focusing on fundraising efforts to provide social and family services to Korean families in Canada. For her support and pride in her Korean heritage, Lee was the proud 2011 recipient of the Korean Canadian Heritage Award in the area of Arts and Entertainment.

Lee is also a part-time actress. She has appeared in several television shows and movies including The Incredible Hulk, Camp Rock with the Jonas Brothers, and Room.