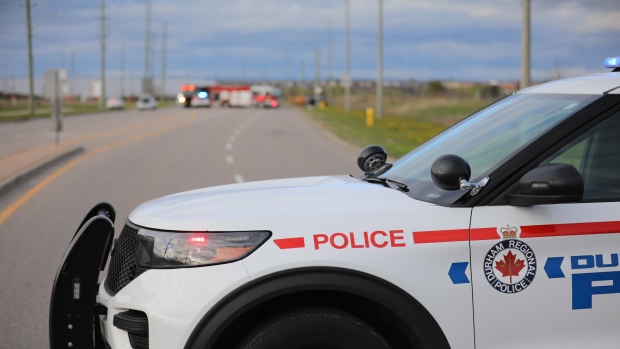 A Durham Regional Police vehicle is seen in this undated photo. (Twitter/DRPS)

A 16-year-old male motorcyclist has died in hospital following a collision in Uxbridge Monday afternoon.

Durham Regional Police responded to reports of a crash involving a motorcycle and vehicle in the area of Davis Drive and Uxbridge Concession Road 6, at around 1 p.m.

The teen was transported to a local hospital in serious condition and later succumbed to his injuries, police said.

The 40-year-old female driver of the other vehicle was not injured and police said she remained at the scene.

Roads in the area were closed for several hours while police investigated.