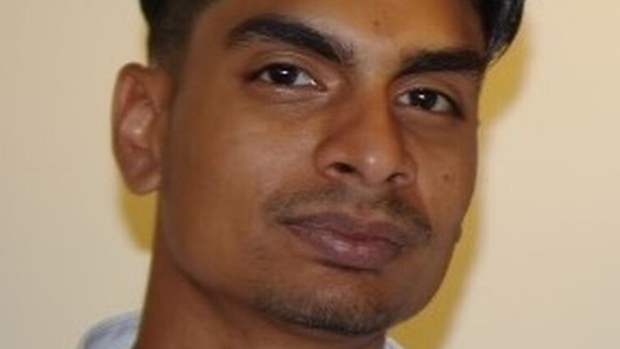 Johann Persaud, 40, is shown in a handout image from TPS.

Two suspects are now in custody in connection with the murder of a man found dead inside the trunk of a burning vehicle in Scarborough earlier this month.

The body was discovered in the trunk after the blaze was extinguished by firefighters.

An autopsy later revealed that the man had been murdered prior to the fire but the exact cause of death has not been released.

On Tuesday, police confirmed that 36-year-old Dennis Singh was arrested and charged with second-degree murder in connection with the case.

He is also facing one count of second-degree murder and is scheduled to appear in court later today.

Police are asking anyone with additional information about the homicide to reach out and contact investigators with the homicide unit.