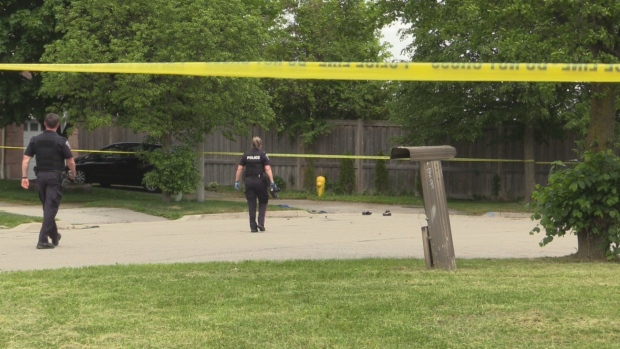 Durham police are investigating a fatal stabbing in Ajax.

Two people have been taken into police custody after a 21-year-old man was fatally stabbed in Ajax on Thursday afternoon.

Durham Regional Police say they were called to a home in the area of Chambers Drive and Salem Road at around 1:20 p.m.

A man in his 20s was stabbed after an altercation involving several people, police say.

The victim was taken to a trauma centre, where he was later pronounced dead.

Police say two men were arrested at the scene.

"It appears to be an isolated incident and there are no suspects at large," police said in a news release.

The stabbing incident in Ajax on Tam Drive is now being investigated by our Homicide Unit as the male was pronounced dead in hospital.

2 persons taken into custody at the scene. Investigation is continuing. pic.twitter.com/ubHsHjzfQu