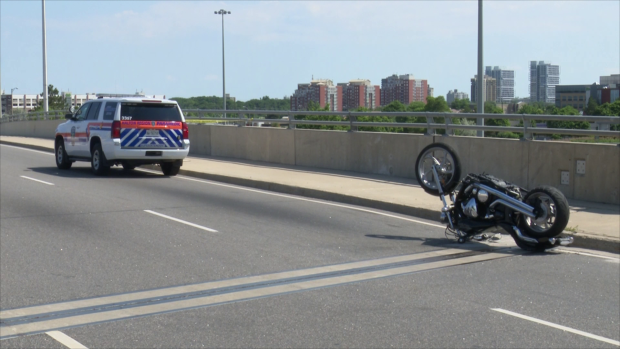 A 33-year-old man is dead after a motorcycle crash in Oakville Wednesday afternoon.

Halton police say they were called to Trafalgar Road and the Queen Elizabeth Way at around 2:13 p.m. for a collision.

According to the initial police investigation, a motorcyclist was travelling south on Trafalgar Road when he lost control and left the roadway.

The victim was taken to a Hamilton hospital, where he was pronounced dead.

The Collision Reconstruction Unit is investigating,