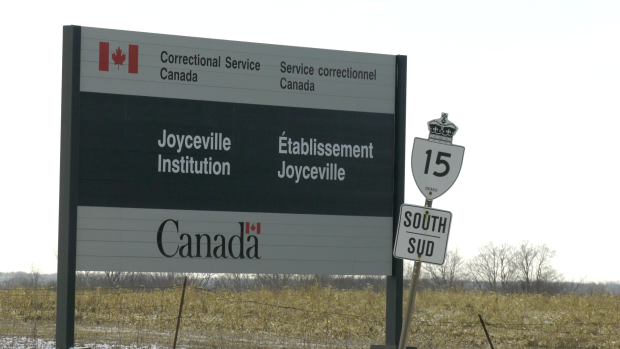 Eighty inmates have tested positive for COVID-19 at a prison in Kingston, Ont., the federal government said Thursday, hours after announcing it had suspended visits to Ontario's correctional facilities.

Eight cases at two other prisons have also been linked to the outbreak at the Joyceville Institution, the Correctional Service of Canada said, noting that visits had already been banned by the time the test results came in.

“We recognize the importance of strong infection prevention and control protocols to contain the spread of COVID-19 and are focusing on closely monitoring the situation,” the department said in a statement. “CSC is working closely with its public health partners to contain the transmission of COVID-19 to the greatest extent possible.”

Hours earlier, Correctional Service of Canada issued a news release announcing that in-person visits to all of Ontario's prisons were suspended as of Wednesday.

“This decision will limit comings and goings from its facilities,” the department said. “It follows extensive consultation with public health officials and will be reassessed on an ongoing basis.”

The same measure has been in place in Quebec's prisons since late September.

As for Joyceville, the department said inmates recently transferred out of the facility are being isolated and monitored by staff.

“These impacted sites have also modified their institutions' routines for health purposes in order to mitigate any risk while contact tracing and the initial epidemiological investigation is being conducted,” it said.

The agency didn't say whether any staff had tested positive for the virus.

This report by The Canadian Press was first published Dec. 17, 2020.