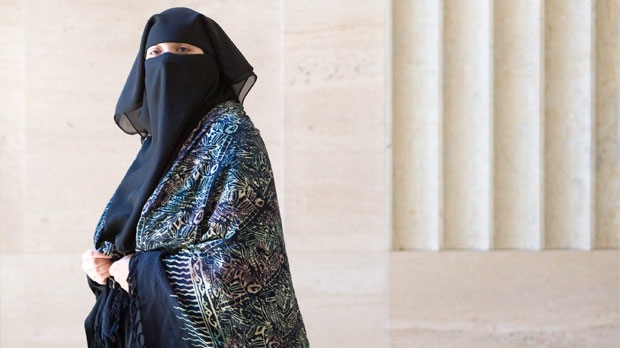 A quick sketch of the Toronto-based family of Omar Khadr, who was transferred to Canadian custody from Guantanamo Bay on Saturday.

Born in Egypt, Omar Khadr's father moved to Canada in 1977, where he met and married Maha Elsamnah. Khadr fought the Soviets in Afghanistan in the 1980s where U.S. authorities allege he befriended Osama bin Laden and became a "founding member" and financier of al-Qaida. His family says he did both charity work and ran orphanages in Afghanistan and Pakistan in the 1980s and 1990s. Arrested in connection with the bombing of the Egyptian embassy in Islamabad in 1995, Khadr was released in 1996 with the help of then-prime minister Jean Chretien. Khadr died in a gun battle with Pakistani forces near the Afghanistan border in October 2003.

Born in Palestine, Omar Khadr's mother moved with her husband and six children to Afghanistan in the 1980s. She returned to Canada in 2004 to seek medical treatment for her son Karim after he was injured in the same firefight that killed her husband. Elsamnah claims to have no association with al-Qaida, but admitted that when the planes hit the World Trade Center in 2001, she thought to herself, "Let them have it." She was also quoted as saying that she took her family away from Canada in the 1980s because of "drug addicts" and "homosexuals."

The second youngest son of Ahmed Said Khadr and Maha Elsamnah, the 26-year-old was born in Toronto but also lived in Pakistan and Afghanistan. He received training in bomb making, marksmanship and combat instruction at al-Qaida training camps. He was detained badly wounded in Afghanistan in 2002 as a 15-year-old following a battle with U.S. troops in which he was shot three times. In October 2010, Khadr pleaded guilty to throwing a hand grenade that killed an American special forces soldier and sentenced to a further eight years.

Karim, 23, is the youngest son of Ahmed Said Khadr and Maha Elsamnah. He was paralyzed from the waist down in the same gun battle that killed his father in Pakistan in 2003. He returned with his mother to Canada in April 2004 to seek medical treatment and is now living in Toronto.

Abdullah, 31, is the eldest son of Ahmed Said Khadr and Maha Elsamnah. Khadr denied running an al-Qaida training camp in Afghanistan in the 1990s. He returned to Canada on Dec. 7, 2005, after spending a year in custody in Pakistan in which he said he was tortured. He was arrested in Toronto on Dec. 17, 2005, at the request of U.S. authorities on charges of conspiracy to kill Americans outside the U.S. and accused of purchasing arms and ammunition for al-Qaida militants in Afghanistan. Federal Court freed him more than four years later on the grounds U.S. authorities had abused his rights in Pakistan. He lives in Toronto.

Zaynab, 33, is the eldest child of Ahmed Said Khadr and Maha Elsamnah. It's alleged bin Laden attended her wedding in 1999. She returned to live in Canada in February 2005, and was the subject of RCMP investigations for allegedly aiding al-Qaida. She later married Joshua Boyle, whom she met during a hunger-strike on Parliament Hill in 2008 to protest her brother's detention in Guantanamo Bay.

The second eldest son, Abdurahman, 29, calls himself the "black sheep" of the Khadrs and says he separated from the family after Sept. 11. He was arrested in Afghanistan as a suspected al-Qaida member in November 2001. He claimed he began working for the CIA and giving information on al-Qaida operatives in Kabul. He was transferred to Guantanamo Bay in early 2003 where he said he was asked to spy on the prison population. Abdurahman admitted in a television interview that he was "raised to become a suicide bomber." He returned to Canada in October 2003. He lives in Toronto and is a father.