Advance polls open in two Toronto byelections: Here’s what you need to know Signs point towards an advance voting poll location at the electoral district of Toronto Centre at Muriel Collins Housing Cooperative in Toronto on Friday Oct. 11, 2019. THE CANADIAN PRESS/Doug Ives

Voters in two Toronto ridings will soon be heading to the polls for the first time since the start of the COVID-19 pandemic in a vote that will serve as something of a rehearsal for how Elections Canada might conduct a general election.

Byelections are set to be held in Toronto Centre and in York Centre on Oct. 26 and advance polls open in both ridings on Oct. 16.

In York Centre, several candidates are vying to replace Michael Levitt, who stepped down earlier this year to spend more time with his family. The riding has been held by the Liberals since the 1960s, with the one exception of the 2011-2015 term when Mark Adler held it for the Conservatives.

Ya'ara Saks, a community activist, is running for the Liberals while businessman and pastor Julius Tiangson is running for the Conservatives. Andrea Vásquez Jiménez is in the running for the NDP, while Sasha Zavarella is running for the Green Party. People's Party of Canada Leader Maxime Bernier, a former federal cabinet minister under Stephen Harper who lost his seat in his Quebec hometown last year, is also trying to win a seat in the riding.

In Toronto Centre, voters are picking a new MP to replace former finance minister Bill Morneau, who stepped down from office this past summer amid the WE charity scandal.

Also in the running is newly-chosen Green Party of Canada Leader Annamie Paul, a human rights lawyer who is taking the reigns of her party from Elizabeth May.

Paul has said that the conditions are not right for an election because of the COVID-19 pandemic and has called for the byelections to be postponed.

“We do not have the conditions for a free, fair and above-all safe election,” Paul told CP24.

However in a recent interview with CP24.com, Elections Canada said that while they are asking parliament for some changes that would make elections safer, they are ready to hold a safe byelection under the current restraints.

“We were getting ready for a potential general election, as we always do in a minority context,” Elections Canada Acting Director of Media Relations Nick Gamache told CP24.com. “So when the byelections were called, some things were ready.”

Gamache acknowledged that the short timeline for the byelection means there’s a tighter window to get the word out to voters.

“Especially right now we understand that people have a lot of pressing concerns, and figuring out how to vote in a byelection might not be the first item on their list when they wake up in the morning. That's understandable,” he said.

He said a longer period would allow returning officers more time to hire people and put in place safety measures. However he said he’s confident that Elections Canada can deliver a safe and accessible voting experience for the byelections.

“We will certainly offer byelections that are safe and secure. The number one priority for Elections Canada, for the returning officers, is the safety of electors, electoral workers, anybody who takes part in the electoral process, that's the priority,” Gamache said. “And we're confident that that’s what we can do because that's been the focus of our planning since earlier this spring.”

Voters heading to the polls can expect to see physical distancing measures and hand sanitizer. Voters will be able to bring their own pen or pencil or they will be provided with single-use pencils. Elections Canada staff and volunteers will also be wearing personal protective equipment and masks will be available for those who haven’t brought one (though Gamache says nobody will be turned away from voting if they don’t have a mask).

“Definitely, this is going to look different,” he said. “It's a different election for us in terms of preparing for one, but it's also going to be different for electors, and we're trying to do manage expectations.

“The same way that their regular experiences getting groceries have become different, this is also going to be different.” 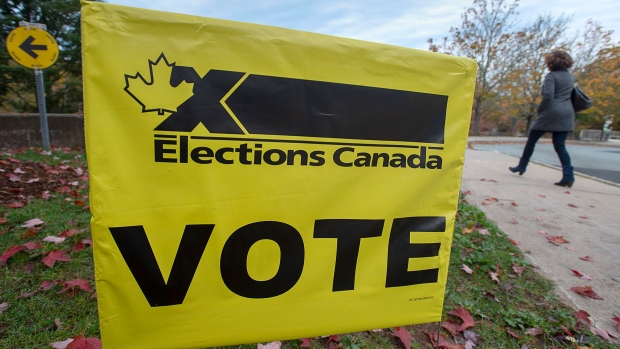 That means that voters could see longer lines outside of polling stations due to the limitations on how many people are allowed inside the building at once.

While Elections Canada has become efficient at moving people through polling stations quickly over the years, staff and volunteers will also be dealing with new guidelines this year because of the pandemic.

Gamache said Elections Canada is also prepared for an uptick in mail-in voting. While they have conducted some polling to try to determine demand, he said it’s difficult to say how many people will take advantage of that option.

“It's so dependent on the circumstances at the time, and geographically where the election would be,” he said. “In this case in the Toronto area, it depends on how things go between now and Election Day. If you see a spike in the number of cases, and people become more worried about their health, there might be more requests for mail-in ballots, but it's very difficult to anticipate.”

Given the fact that the virus has been shown to more severely impact older people and infection numbers are soaring in Toronto at the moment, a number of older voters will likely be hesitant to attend polling stations this year.

Gamache said that while there has been much fear and turmoil in the U.S. around mail-in ballots, Canada benefits from an electoral system with uniform national rules.

“We do have an advantage at the federal level in that the rules for mail-in ballots for a federal election are the same whether you live in British Columbia, Toronto or Halifax – it's all it's all the same system,” he said.

“We are aware of what's in the environment (around the U.S. election) and we know that we have to do a good job, probably better than we have in the past, at communicating openly about our system and the safeguards in our system.”

Those safeguards include having to prove one’s identity when requesting a ballot and safeguards to make sure that the completed ballot which is received by Elections Canada is the same one that was requested by the voter.

Gamache said that voter turnout tends to be lower for byelections in general, meaning the experience in York Centre and Toronto Centre this month will not be a true snapshot of what a general election will look like. Still, he said it will help Elections Canada see how its measures work on the ground. 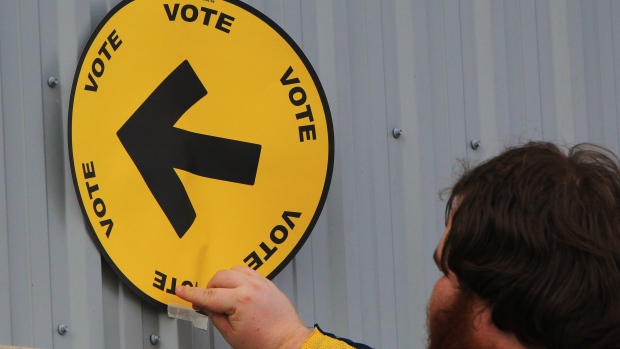 “The advantage of having byelections in this context for us, because there are so many things that have changed compared to just less than a year ago and the last federal election, is we get to see the changes that we're bringing in and improve upon them in a real-life situation,” Gamache said. “We're learning from the byelections what we have to deliver now in the event that we have to make adjustments for a future general election.”

He said Elections Canada is also learning from the recent election in New Brunswick and upcoming elections in British Columbia and Saskatchewan, where voters head to the polls in general provincial election on Oct. 24 and Oct. 26, respectively.

“Everyone wants to improve based on what the last person went through delivering an election,” Gamache said. “So it is going to be a learning experience that will continue for everyone because this is unprecedented. Nobody has ever had to prepare for elections in this kind of context.”

There are also rumblings that there could be an early election in Ontario. Ontarians are not scheduled to go to the polls until 2022, but there are reports that 72 progressive conservative MPPs were recently acclaimed in their ridings, giving rise to speculation that Premier Doug Ford might try and bring forward the election in order to secure a new four-year mandate while his approval ratings are strong and before the full impact of the economic fallout of the pandemic is felt.

Even if that doesn’t happen, the federal minority government could fall at any time, meaning voters across the country would need to head to the polls.

In terms of the possibility of a general federal election, Gamache said that Elections Canada is aiming to be able to hold a nationwide election with added safety measures in place by April.

“Our goal is to be fully ready for a general election next spring, which is a goal that we've had since last winter,” he said. “So this predates COVID. Our goal was to be ready by April 2021 and we're still working towards that. This is a point at which everything that we want to do for a pandemic election would be ready.

“If there's an election that takes place between now and then we would put in place what is ready to be implemented at that time.”

How to vote by mail

To vote by mail, you must request a special ballot voting kit by Oct. 20. You can apply online, in-person, by mail or by fax.  To apply, you need either one piece of government ID that has your photo, name and current address (such as a driver’s licence); or two pieces of ID, with at least one that has your name and another with your name and address; or a signed affidavit showing your name and home address.

Mail-in ballots must be received by 6 p.m. on Election Day, so the earlier one requests a ballot, the better.

More information about how the mail-in ballot works can be found on the Election Canada website.

How to vote in person

Elections Canada says they plan on implementing a number of measures to make polling station safe, including physical distancing, reduced staffing inside stations and virtual training for electoral workers.

Voters should come to polling stations wearing a mask unless they have a valid exception and may also bring their own pen or pencil. Voters will be provided with masks and/or single-use pencils if they need them.

Anyone who is not feeling well should not visit a polling station. Those who are concerned they might not be well on Election Day should vote early or request a mail-in ballot. Anyone with questions about how they should vote should contact their local returning officer.

EDITOR’S NOTE: This story has been updated to include a complete list of candidates as of Oct. 19, 2020