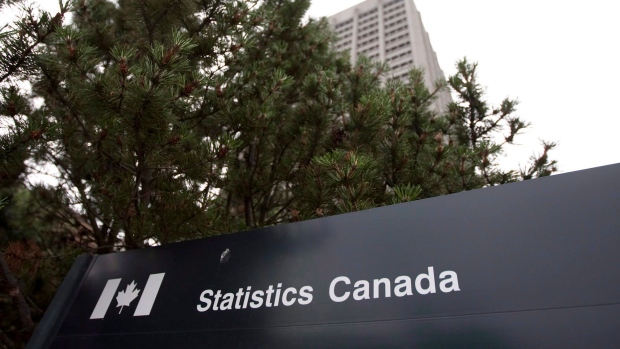 OTTAWA - Statistics Canada says the annual pace of inflation in April rose to its highest level in nearly a decade as gasoline prices posted a record increase compared with a year ago, when they plunged due to the pandemic.

The annual pace of inflation rose to 3.4 per cent in April, up from a 2.2 per cent year-over-year increase in the consumer price index in March.

The increase in April set a new pandemic-era high for the third time in as many months of readings from Statistics Canada, and was the highest reading since May 2011 when the consumer price index rose 3.7 per cent.

Gasoline prices in April were up 62.5 per cent on a year-over-year basis, the largest annual increase Statistics Canada has on record as prices at the pumps rebounded from an 11-year low in April 2020.

Removing gasoline prices, Statistics Canada said annual inflation for April would have clocked in at 1.9 per cent.

Regionally, Statistics Canada said prices rose year-over-year in every province, but were generally higher in Atlantic Canada where furnace fuel oil, which has risen in price, is more often used.

The headline inflation figure wasn't a surprise given that it is being compared to the worst of the economic downturn last year when prices fell in April and May.

Statistics Canada said the impact on the price index, which measures the change in prices on a variety of goods and services, should be temporary.

Last week, Bank of Canada governor Tiff Macklem warned about looming volatility in the headline inflation reading, adding that he didn't think a high reading in April would require immediate action by the central bank.

“The other part is large parts of our economy remain very weak,” he told reporters following a speech to university students in Atlantic Canada last week.

“There are far too many Canadians unemployed, and that is putting downward pressure on inflation. So, yes, we expect it to go up to around three (per cent) and then diminish thereafter.”

TD senior economist James Marple noted that some of the jump in prices reflects the recovery since the lows of last year as prices grew in sectors like clothing and even travel. He wrote that price pressures are likely to continue to percolate as demand accelerates and the supply of goods takes time to catch up.

Statistics Canada said the average of the three measures for core inflation, which are considered better gauges of underlying price pressures and closely tracked by the Bank of Canada, was 2.1 per cent for April, up from the 1.93 per cent recorded in March.

That rate was the highest seen since June 2009.