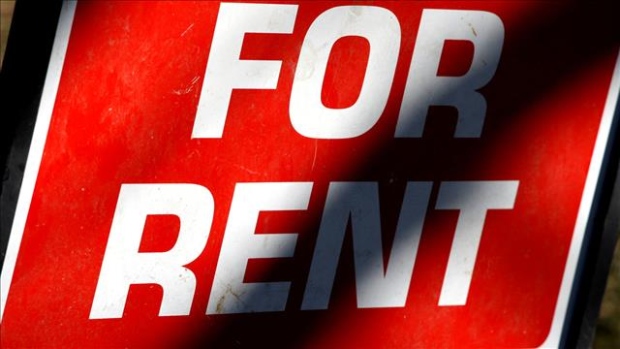 CALGARY -- An Alberta-based rental housing provider says it hopes to set a precedent with its decision to require proof of COVID-19 vaccination from new tenants.

Strategic Group -- which owns more than 1,500 one and two-bedroom suites in rental apartment buildings in Edmonton and Calgary -- says it believes it is the first major landlord in Canada to implement a vaccine requirement for new tenants.

"We're proud of it. Very proud of it. And we'd like to see other landlords implement the same policy," said chief operating officer Tracey Steman. "It will help to end this pandemic."

Since the COVID-19 vaccine became widely available earlier this year, there have been a handful of reported instances of small landlords requiring proof of vaccination from tenants, usually in cases of basement suites in detached homes where the landlord lives upstairs.

But as a large-scale real estate company and property manager with multiple buildings in its portfolio, Strategic Group appears to be unique in the stand it is taking. In addition to requiring proof of vaccination from anyone touring a suite or moving into a building, the company will also require existing tenants to be fully vaccinated to access common areas like fitness facilities and party rooms.

"We've had really good feedback from our tenants," Steman said. "We just heard from one who said, and I'll quote it, 'As someone who's lost family members to COVID in the last year, it's refreshing to see a company invest in the well-being of the community."'

Many Canadian employers implemented vaccine mandates for employees over the summer, with the emerging legal consensus being that it is ok to do so as long as those with a legitimate reason for not taking the shot are accommodated.

While the legality of tying housing to someone's vaccination status remains somewhat open to interpretation, experts say it is likely similar to the workplace issue. New rental agreements are covered by human rights legislation, which says that landlords cannot discriminate on prohibited grounds such as race, gender, sexual orientation, religion or disability.

That means, said Jennifer Koshan, a professor in the Faculty of Law at the University of Calgary, that a prospective tenant trying to challenge a landlord's proof of vaccination requirement would have to somehow prove that they had been discriminated against on one of those prohibited grounds.

"What the case law is showing us so far is (when it comes to vaccine mandates) those arguments are pretty hard to make," Koshan said.

Benjamin Ries, a supervising lawyer with the University of Toronto's Downtown Legal Services program who specializes in housing law, said that while exemptions must be made for those who can't be vaccianted for medical reasons, there is no general prohibition anywhere in Ontario law that would prevent a landlord from asking for vaccine status.

He pointed out that landlords already have the ability to impose other types of rules and restrictions on tenants, for the common good.

"I would think this would be treated in much the same way as issues like smoking or pets," Ries said.

John Dickie -- president of the Canadian Federation of Apartment Associations, which represents the Canadian rental housing industry -- said landlords are required to keep their buildings safe, and most have been working hard throughout the pandemic to comply with public health recommendations regarding things like mask-wearing and cleaning.

But he said Strategic Group is the first company he's aware of that is directly wading into the vaccination fray.

"This is the first I've heard of that," Dickie said. "Rental housing providers realize people need housing. We're not in the habit of inquiring into people's political views."

Dickie added while he believes the rental industry has the right to require vaccination from tenants, he would be surprised to see a large number of landlords follow in Strategic Group's footsteps.

"It's possible. Some people are reluctant to be the first adopter. But I don't think it would be very widespread," he said. "We're not the health police."

This report by The Canadian Press was first published Nov. 22, 2021.