As Quebec moves to reopen daycares and schools, Ford says Ontario will not put 'children in harm's way' 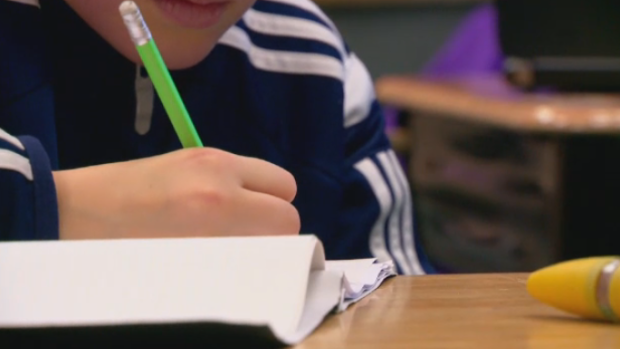 Premier Doug Ford said Ontario has chosen to take a different path than Quebec when it comes to reopening schools because he does not want to put “children in harm’s way.”

Speaking at a news conference at Queen’s Park on Tuesday, Ford was asked about Quebec’s decision reopen schools and daycares next month.

The premier said while the decision was Quebec’s to make, he would “not do that in Ontario.”

“We are taking our advice from the chief medical officer and our health table and our health experts and we don't want to put our kids at risk. That's really what it comes down to,” Ford said.

The provincial government has decided to shutter schools until at least May 30 as we wait to see how physical distancing measures have helped to slow the spread of COVID-19.

Ontario saw three consecutive days of declining new COVID-19 cases in the province but on Tuesday, the number of new cases jumped back up to 525, about 100 more new cases than the 424 reported on Monday.

“Children are the most important people in our society and we have to protect our children. Children can't protect themselves. They rely on us to make a decision and no one wants to put our children in harm's way. I'm just not willing to take that chance,” Ford said.

“Let's wait until the end of May and then we will make that determination if we’re going to continue on for a few weeks going back to school or if we are just going to scrap the rest of the school year.”

The reopening of child care centres and schools were notably absent from the province’s framework to reopen Ontario, which was released on Monday.

The province has said the economy will reopen in three separate stages, which would each last between two and four weeks.

Physical distancing measures will gradually be eased and more businesses will be permitted to open at each new stage of the process.

No specific dates were set for any of the three stages on Monday as Ford said the framework should act as more of “a road map” than “a calendar.”

The province has said it will need to see a consistent downward trend in the number of new cases before Ontario can start the first stage of its plan to restart the economy.

The Ford government has not identified which businesses will be permitted to open first but on Tuesday, Ford said later this week the province will be releasing “clear, sector-specific” guidelines on how businesses can operate safely “in this new reality.”

“These criteria and guidelines will be based on best medical advice and scientific evidence available because in the coming days and weeks, as we move to open more and more parts of the economy, as more and more workplaces open up, having clear safety guidelines in place will be critical in keeping COVID-19 at bay,” Ford told reporters.

“Putting these pieces in place will help us move as quickly as possible to reopen the economy safely.”