B.C. to offer second dose of COVID vaccine after 4 months 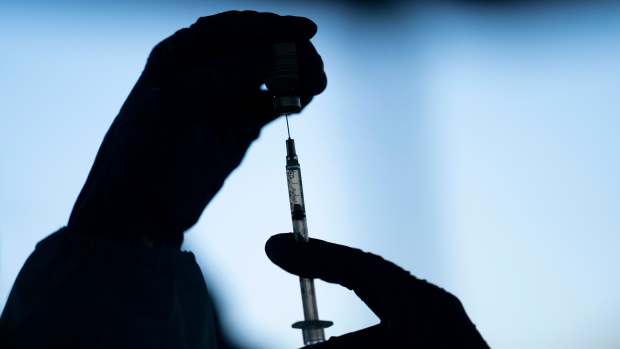 VICTORIA -- British Columbia will extend the time between first and second doses of COVID-19 vaccine to four months as it ramps up its age-based immunization plan.

Provincial health officer Dr. Bonnie Henry says the change is based on the "miraculous" protection of at least 90 per cent from the first dose of the Pfizer-BioNTech and Moderna vaccines.

She says the National Advisory Committee on Immunization is expected to issue a statement to align with B.C.'s decision, which would free up vaccines for younger age groups.

Seniors aged 90 and up can call to book their appointment starting next Monday, followed a week later by those aged 85 and over.

People 80 and over will have a chance to book their time-slot on March 22.

People between 60 and 79 and those aged 16 and up who are medically vulnerable are expected to get their shots starting in mid-April by registering for an appointment online.

Henry says first responders and essential workers may be eligible to get vaccinated starting in April as the province also decides on a strategy for the newly authorized AstraZeneca vaccine.

This report by The Canadian Press was first published March 1, 2021.