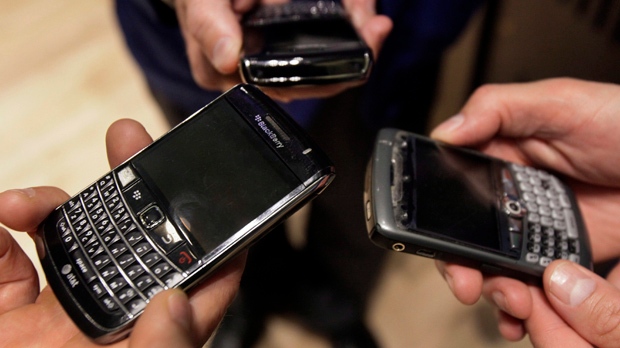 Nine Brampton students were told to stay home from school on Wednesday after they allegedly used Twitter to make inappropriate comments about teachers over the weekend.

The students, all from St. Marguerite D’youville, have not been suspended but an official with the Dufferin-Peel Catholic District School Board says the tweeters will have to pay the consequences of their actions. A decision on what those consequences will be will likely be made tomorrow.

Some of the tweets were sexual in nature and police have been called in to deal with those students.

“When you are using social media, you have to be aware that this stuff is out there. (The tweets) could be litigious or libellous,” said Bruce Campbell, a spokesperson for the school board.

The school got wind of the tweets after some students alerted their teachers about what was being said.

“In this case, we view it as it ‘conduct injurious to moral code’ and consequences are in order,” he said.

Peel police confirmed they are investigating the case and that officers have already spoken with at least two students who were reportedly involved.

However,  Peel police Const. Fiona Thivierge  told CP24 no charges will be laid.

“Both students were remorseful and said they understand the comments could be harmful and taken personally,” she said.

Many of them expressed concern over Twitter about having their tweets checked while tweeting from outside school property.

“We are being oppressed because of our tweets,” said another.

But Campbell said the students are connected to the school, on or off campus.

"There's no free time when you're making comments specific to your school."