Canada doesn't have 'systemic, deep roots' of racism that U.S. does, Ford says 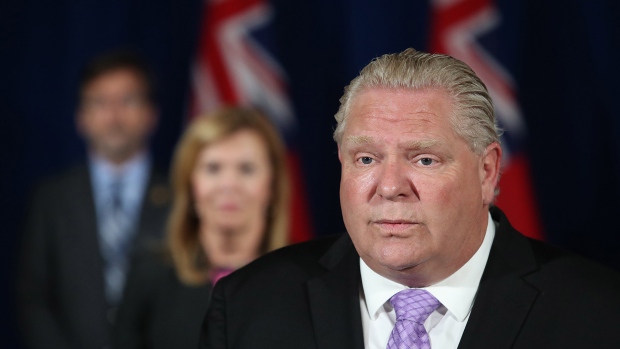 TORONTO -- Ontario Premier Doug Ford says Canada doesn't have the “systemic, deep roots” of racism that the United States does.

Ford was asked today to comment on the protests in cities across the U.S. that were sparked by the death of a black man at the hands of a white police officer in Minneapolis.

Ford, who spent a lot of time in the U.S. for his family's label business, said the difference between the two countries is that in Canada, people for the most part get along, working and shopping together.

He says comparing Canada and the U.S. is like “night and day,” and he hopes America can straighten out its problems.

Ford says he doesn't have time to watch the news these days, but believes in peaceful protest, without getting “anarchy” involved.

The premier says he has zero tolerance for racism and has always stood up for the black community.