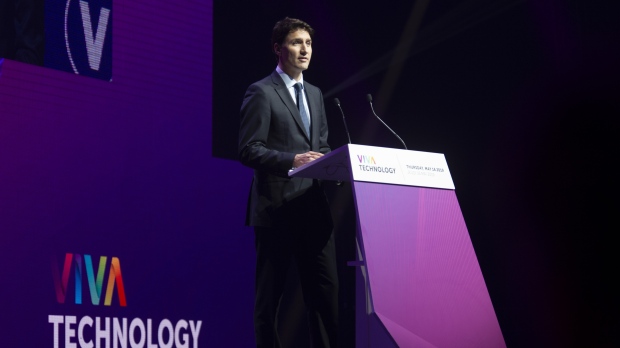 PARIS -- The federal government says it will launch a new digital charter that will dictate how the country will combat hate speech, misinformation and online electoral interference in Canada.

Prime Minister Justin Trudeau made the announcement today in Paris during a speech at the VivaTech conference, an international summit that brings together startups and technology leaders.

The announcement was short on details, which Trudeau says will be revealed in the coming weeks.

But the prime minister says he's confident the proposed framework will restore the faith of citizens while holding platforms accountable.