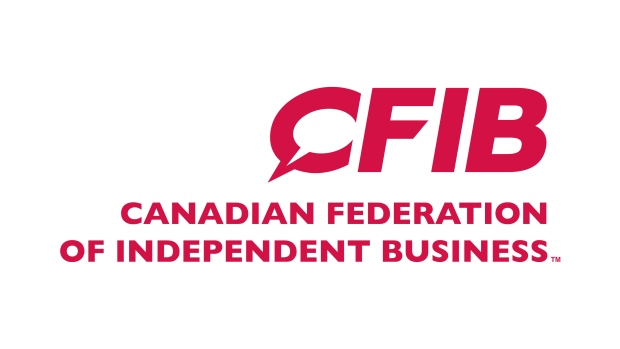 The corporate logo for Canadian Federation of Independent Busines is shown. THE CANADIAN PRESS/HO

TORONTO - The Canadian Federation of Independent Business is calling on Ottawa and the provinces to delay a final agreement on changes to the Canada Pension Plan.

The national association says it wants the governments to consult with Canadians and conduct a full economic impact analysis of the agreement in principle, reached last month.

The CFIB has consistently opposed changes to the CPP, saying they will increase the financial burden on employers.

The organization says a survey it conducted between June 29 and July 4 found that 80 per cent of the 3,822 respondents were in favour of delaying a final decision, currently to be made by July 15.

The preliminary agreement reached June 20 states the CPP premium increases on workers and employers will only start to be phased in over several years starting on Jan. 1, 2019.