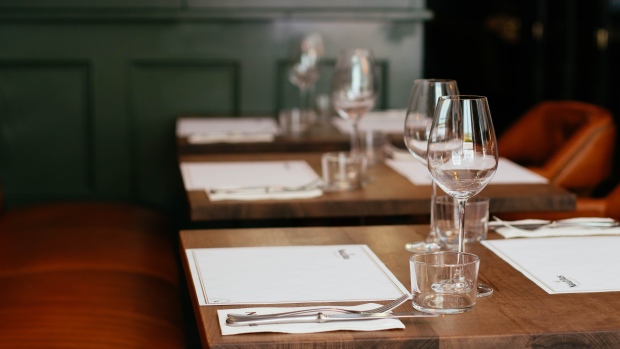 The Canadian Federation of Independent Business and Restaurants Canada are urging the country's premiers to provide more support to struggling businesses hit by new capacity restrictions in place to slow the spread of the Omicron variant.

In an open letter to all premiers, CFIB President and CEO Dan Kelly and Todd Barclay, the head of Restaurants Canada, said under the current rules, businesses across the country do not qualify for support from the federal government.

"With many public health officials ringing Omicron alarm bells across Canada, many small businesses are, once again, deeply affected. Most provinces have now announced a fresh round of restrictions, on top of the ongoing restrictions like vaccine passport requirements that exist across the country," the letter read.

"Even before Omicron fears, nearly two-thirds of small firms across Canada have not seen sales return to normal levels. And of this group, nearly a quarter report their business may fail within the next six months."

They said tens of thousands of small businesses will not receive any support from the government even though restrictions will "dramatically reduce their ability to serve customers and public health warnings frighten many into staying home."

"You may have been led to believe that with the passage of Bill C-2, the federal government has renewed the wage and rent subsidy system that has helped tens of thousands of businesses survive the pandemic so far. This is incorrect," the letter read.

Under the current eligibility criteria, to qualify for the Hospitality and Tourism Recovery program, businesses must see a 40 per cent loss in revenue in both the current month and over the past 12.

"The new federal support programs are incredibly limited in scope. CFIB’s pre-Omicron data showed that 80 per cent of small businesses in need of help will no longer qualify," the letter said.

The two groups are calling for the provinces to "lift restrictions at the earliest opportunity."

In Ontario, restaurants, bars, gyms, movie theatres, retailers, and personal care services were reduced to 50 per cent capacity last week as officials continue to grapple with the new COVID-19 variant, which is spreading at breakneck speed in the country.

Bars and restaurants must also stop serving alcohol at 10 p.m. and must close by 11 p.m.

On Monday, Quebec announced that all schools, bars, gyms, and movie theatres would be closed to slow the spread of the variant in that province.

"As Omicron panic has now set in and consumers are cancelling travel, events, reservations and shifting purchases once again to large online retailers, more than anything, we urge you to ensure proper support funding is in place to help small businesses survive," the letter continued.

The two groups are asking the provinces to immediately announce another round of small business grants and lobby the federal government to adjust wage and rent subsidy levels to reflect what was used in the spring of 2021. They are also asking that the province urge the federal government to revise extra lockdown supports to make sure they apply to businesses facing "significant capacity restrictions."

"As rapid action is critical, we urge you to push both privately and publicly for these measures," the statement concluded.

Speaking to CP24 on Tuesday afternoon, Barclay said businesses can survive but immediate support is needed.

"We've made it this far. The federal government has helped us. It is unfortunate that we are 10 meters from the finish line and the rug is being pulled out from underneath us. We need their support and we need it now," he said.

"We need that commitment so that businesses know that when we get into January and February, the toughest months of the year, that we are going to be supported by the government. We deserve the support. We've done everything to support them."