City pushing for limits on coverage for orthotics, erectile dysfunction drugs in talks with outside workers 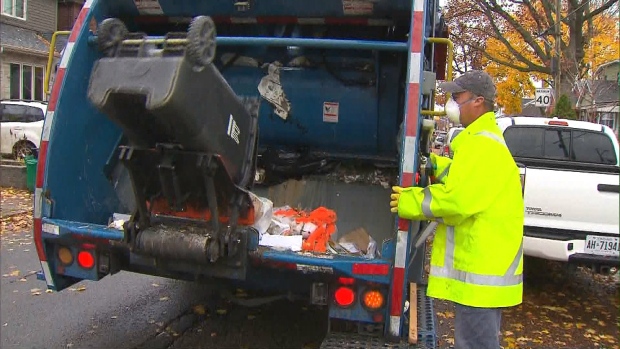 The city is pushing for new limits and restrictions on the benefits package given to its outside workers union as the two sides return to the bargaining table.

Members of the city’s bargaining team are scheduled to meet with CUPE Local 416 representatives on Tuesday ahead of both sides officially entering into a legal strike and or lockout position on Feb. 27.

In a statement issued on Tuesday morning, the chair of the city’s bargaining subcommittee took the relatively unusual step of revealing some of the stumbling blocks that remain in the way of reaching an agreement

Coun. Denzil Minnan-Wong said that the city’s auditor general and benefits managers “have thoughtfully identified problem areas in our benefits programs from both a future cost and accountability perspective” that negotiators are working to address at the table.

He said that one such issue involves the “excessive use” of both orthotics, orthopedics shoes and erectile dysfunction drugs.

Minnan-Wong said that the city wants to change its policy so that dependents aged 18 and younger no longer qualify for unlimited coverage for orthotic and orthopedic shoes and instead can only be reimbursed for up to two pairs per year. The change, he said, would allow the city to recoup some of the money paid out to the 41 people who claimed between six and ten pairs of orthotics in 2015 alone.

On erectile dysfunction drugs, Minnan-Wong said that the city wants to place a “a very reasonable cap on utilization” and require that reimbursement only be provided in situations where the use of the drugs is “pre-approved” based on “medical necessity.”

He said that those changes are necessary in light of an auditor general’s report that revealed that the spent $1.9 million reimbursing employees for erectile dysfunction drugs in 2015, which equates to an 18 per cent rise over a three-year period.

The third and final issue identified by Minnan—Wong, meanwhile, revolves around a policy that allows employees to take up to a half day off work without any deduction from their sick bank. He said that the city wants to end that policy in light of a 39 per cent rise in such instances since 2016.

“We have gone to the table and have said to our union partners that we want to find a way to work together to fix these problems so that we can continue to maintain an excellent set of benefits,” Minnan-Wong said. “While we appreciate that not all of our ideas have been well received - they are an invitation to work with us to find a way to resolve some important problems.”

CUPE Local 416 represents some 5,000 workers and negotiations include those who work in a number of areas, such as solid waste collection, forestry and parks and recreation.

Paramedics are represented by the same union, but have a separate bargaining process and are covered by an essential service agreement.