Cleanup has begun in the city after a winter storm dumped heavy snow Saturday, creating havoc on the roads.

The city's snowplows have been out in full force clearing highways and main roads since 1 p.m.

"We had a lot of snow in a short amount of time," said city spokesperson Eric Holmes.

"They're going to be working all night." 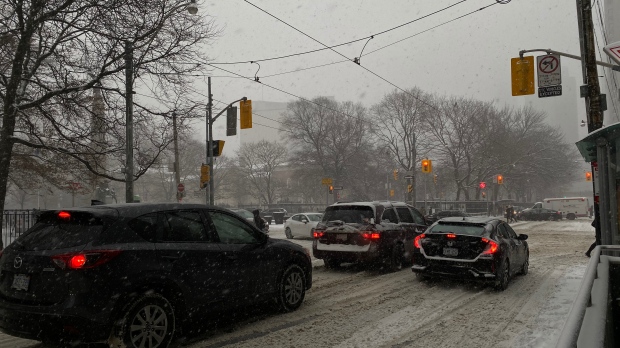 Snowplows will hit residential streets at around 10 p.m., and it is expected to be completed by Sunday afternoon, Holmes said.

Plowing operations on residential streets will commence at approx 10pm and continue overnight. Plowing will be completed by approximately 2pm Sunday.

The city is asking residents to be patient as it takes a long time to get side streets done.

Holmes said residents should start shovelling their driveways and sidewalks to keep everybody safe.

Heavy snow fell throughout the day in the region, making the roads treacherous.

The Ontario Provincial Police said there had been more than 250 collisions reported in the last 24 hours. The majority of them were considered minor.

Police received multiple reports of drivers struggling to get up snow-covered hills, resulting in roads being blocked. 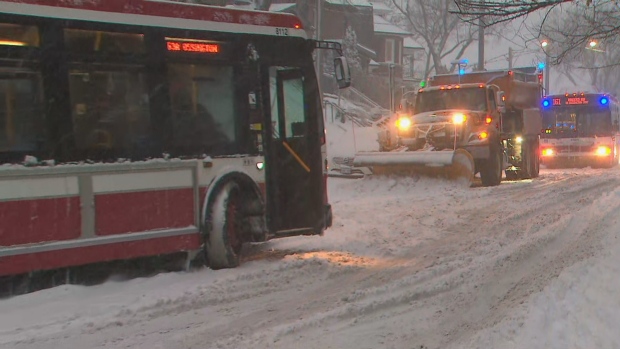 The snowfall warning for the city ended around 8:15 p.m.

The temperature is expected to dip again overnight.

On Sunday morning, it is expected to drop to -5 C by 8 a.m. but will feel closer to -13 with the wind chill. It will be mainly cloudy with 60 per cent chance of flurries.

In the evening, the temperature will fall to -7 C with the wind chill of -15